…the WoW sabbatical wagon, that is.

The other day I was commenting on my 2 week absence from Azeroth and how nice it was to divert that time and attention to other things. Well… last night I couldn’t resist the urge to queue for some arena matches. I mean, after all… I didn’t want my partner to start worrying about me. 😉

It’s funny just how long two short weeks can be in WoW time. It took me two matches to remember I was MM, and another two to remember where all my skills were. BM is hard coded into 4 1/2 years of WoW muscle memory, but MM is not. 😉 END_OF_DOCUMENT_TOKEN_TO_BE_REPLACED 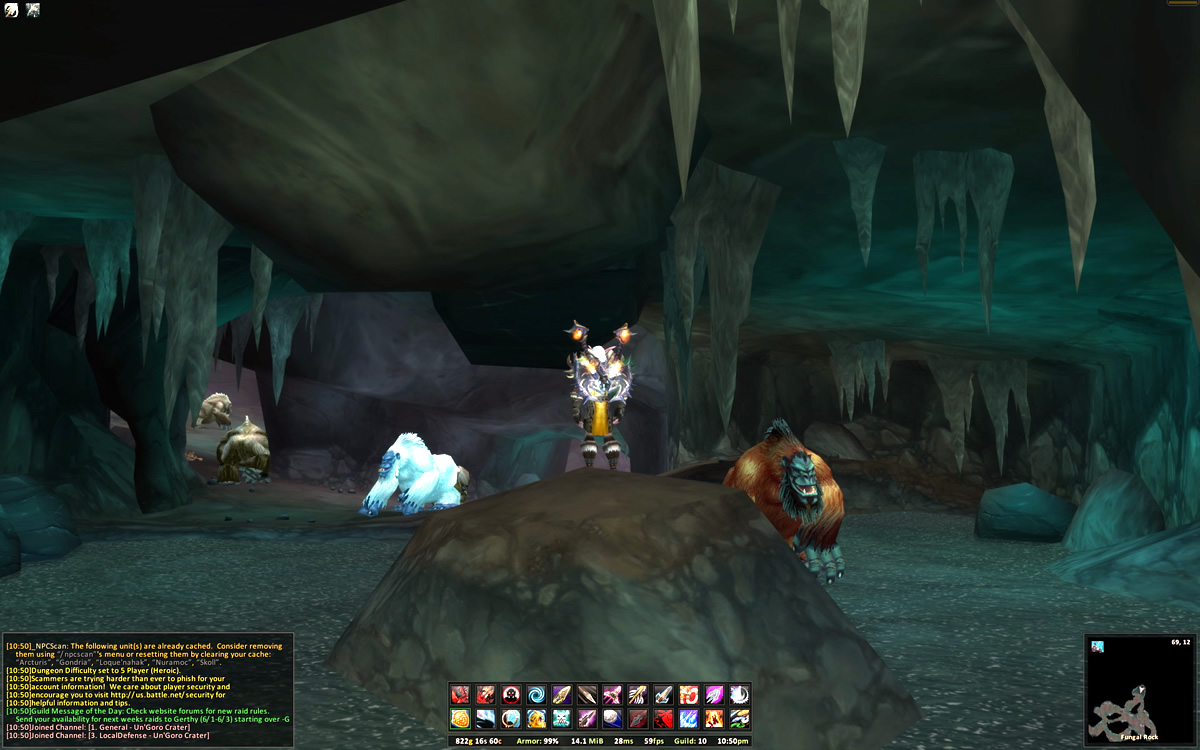 Last week I went to the cave at Fungal Rock in Un’Goro Crater to reunite with an old friend. Uhk,Loc, or Mongo as I refer to him, was not there when I arrived. The next day however, I found him waiting patiently right as I logged in. 🙂

He’s been one of my all-time favorite pets, with this being the fourth timed I’ve tamed him over the years. Each time I’ve let him go it’s been a tough decision, but I always do so with the notion that I’ll probably be back to call upon him again at some point. END_OF_DOCUMENT_TOKEN_TO_BE_REPLACED

On the eve of my hacking, I decided to shake things up for a bit and respec to Marksmanship for PvP. My intention was to get out of my BM comfort zone for a few days and to also slap together some useful Power Auras for MM hunters.

Well, as many of you already know, I was mugged early the next morning. My account got hijacked, Blizz banned me for excessive gold transferring between accounts and locked me out for three days… good stuff. 😕

Anyhow, my 72 hour suspension eventually ended and although I’ve been left with a decimated raiding set, my PvP gear is still pretty much intact. With the exception of my Whispering Fanged Skull, all of my other pieces were bought with points and were unable to be vendored. Because of this, I’ve at least been able to hit the battlegrounds at full power. END_OF_DOCUMENT_TOKEN_TO_BE_REPLACED

BlizzChat hosted an open dev chat on Twitter this past Friday. A couple of hunter related questions were fielded by BlizzChat. Here’s a quick transcript: 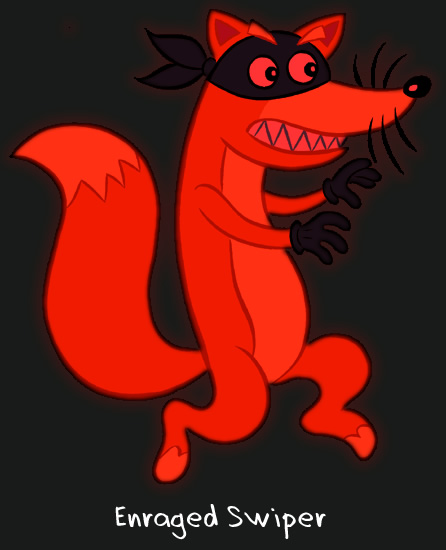 Q. Will there be any new pet families added, or will we simply see more additions to existing ones?
A: We’re not sure yet whether we’re adding new pet families or not. It’s possible. Expect to see some monkeys, foxes and other new pet possibilities though!

Q: Does the Marksman mastery (Double Shot) work like the Wild Quiver talent (provide a free autoshot) or like the Lightning Overload talent (a free whatever spell you just cast)? In other words, can Double Shot fire a second Chimera Shot?
A: Double Shot is a half-strength autoshot. Wild Quiver will increase the damage of the autoshot to 60-70% (or something similar). Lightning Overload (the talent) will likewise increase the magnitude of the Elemental Overload mechanic.

My initial reaction to the Masteries, is that Marksmanship’s is the weakest. The BM Mastery looks great, as does Survival’s. BM receives passive boosts to pet damage, plus faster haste regen. SV gets a buff to all “elemental” attacks, along with a higher passive crit rate.

Here’s  a quick recap of how the masteries are shaking out:

Don’t get me wrong… I think the passive Zod’s effect for MM is pretty cool, it’s just my least favorite of the masteries. I prefer to have a mastery that’s not dependent upon RNG, or hindered by movement-heavy encounters.

As I always say though… Cataclysm’s a ways off, so we’ll just have to wait and see. No sense in getting ruffled just yet. Who knows… maybe the proc-rate on Double Shot will be quite generous, and maybe hunters will have more stand and shoot types of fights.

See the entire BlizzChat over at MMO-Champion. There’s some exciting stuff in there, including the mention of a new trainable 310% mount speed. 🙂

Back to the new pet possibilities… I expect to see quite a few new Doras running around trying for the Explorer achievement, with either a Swiper or Boots by their side. 😉

Here’s the official list of Cataclysm hunter class changes that Blizz posted today. Below some of the announcements I’ve included a few notes of my own. In a little bit, I’ll bust out a follow-up post to this one with some additional comments.

With the upcoming World of Warcraft: Cataclysm many game elements will be changing, and each class will be receiving a number of tweaks. Here, we will explore the changes that are being made to the gun-wielding, pet-training hunter. The information you’re about to read is certainly not complete, and is only meant to act as a preview of some of the exciting new things to come. Without further ado, let’s take a look at the new hunter abilities!