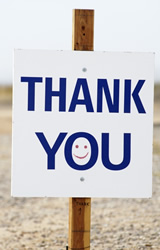 …to those of you who’ve expressed interest in contributing to the site, especially to those who’ve either impressed me with your work, or bent over backwards in an attempt to please. It’s been a pleasure reading so many fine articles from my fellow Hunters.

That said, I am officially putting an indefinite lock on any future submissions. In other words, I am no longer pursuing contributors at this time, and I am currently up to my elbows in dealing with the after effect of this overwhelming response. You guys answered the call, that’s for sure.

Of course, I’ll still accept e-mail inquiries concerning possible contribution to the site, but I’m not actively looking as of now. If you are interested and feel you have some great ideas and would bring an immeasurable amount of value to the site, then you’d better have a bang-up application.

The influx of articles was more than expected, and thus caused me to actually get further behind. The whole idea behind bringing in additional assistance was to lessen my burden as sole proprietor here at Huntsmans’s Lodge. I’ve quickly realized that waving a banner and sending out an open invitation to contribute was a mistake.

Hello you crazy bunch of avid followers of hunter blogs… Trust me, I know you’re out there. I just happen to be one of them. I bet you’re wondering just who this nutso taking up space on the website is? Well, pull up a chair, sit on the floor and I will make sure you’re duly informed without too many detours in the process…

Ok well, maybe that last part might not be such a guarantee.

When I began this site, I was really eager to share my knowledge of the Hunter class with those seeking advice and information. What I didn’t realize was exactly how much I would end up learning in the process.

By deciding to provide this site, I took on the responsibility of being a go-to-guy for Hunter info. Initially I felt I was more than qualified for this role, but as anyone in my shoes will tell you, it ultimately causes WoW to become more like an unpaid part-time job and less like a hobby. There is so much to know about everything pertaining to the class, that it seems overwhelming at times. At least for me anyway, I quickly realized how much I still had to learn.

I used to keep up on Hunter class changes and so forth before I began this site, but nowhere near like I do now. It’s a lot easier to give another player casual advice while in-game, yet it’s a whole ‘nother story when you’re giving it to thousands of people per day. I have to research everything thoroughly and ensure that nothing I post on here is the least bit false or inaccurate.

That being said, everything I post on here is this one man’s opinion, not the Hunter Gospel. I approach my teachings with the support of both first-hand knowledge and success, but with a sense of humility. In other words, I am pretty good at what I do, but I am always open to finding a better way of doing things.

I began this post earlier today, but then life intervened as it often does, and the post sat unfinished. During the several hours that passed from when I left my desk until now, I’d considered letting it disappear into the abyss and go unpublished. In fact, this is something I’ve done quite a few times over the past year. There have been at least a dozen posts with anywhere from 1K-3K words that I could not bring myself to hit the publish button on.

Why, you ask..? 9 times out of 10 is because I believe the tone is too negative for my tastes. I find there are too many people online as it is who feel the need to expend so much emotion and get so riled up over something so silly as a video game. I try my best to not be one of them. Once in awhile something such as the great BM PvP Nerf will get my dander up, but my incidences of nerd-rage are pretty few and far between and typically pretty mild. Instead, my irritation is usually caused by the people who get so pumped up over WoW, identify so closely with their avatars, and then behave badly without fear of consequence. Anyway, that’s another story entirely and I won’t expound upon that.

Anyway, after working my ass off this afternoon leveling our front yard and trenching for a sprinkler system that will be installed tomorrow, I decided I would go through with the post. I also approached it with a crankier tone. Being that my usual tools of the trade are a mouse, keyboard, and on rare occasions a microphone, manual labor (especially trench digging) irritates me. Of course, the end result will be a beautiful front yard, so I suppose it’s a labor of love. 🙄

Whether or not I will regret posting this, I dunno. I just feel compelled to get a few things off my chest. Essentially, I just want to present you with a state of the HuntsmansLodge Address, answer a few possible concerns, and speak my peace.

I’ve been quietly and steadfastly working on my new Hunter UI of supreme awesomeness, anxiously awaiting the time when I can reveal it here on the site. In addition to that, I’ve been very busy in the other massively multiplayer game known as real life. I’ll be honest, I haven’t run one single instance since 3.2 came out. 😕 For …