After waiting several weeks to break into the Molten Front, I’ve found the rare pet hunting to be quite fruitful. I suppose I avoided much of the early competition. 😉

As I’d previously mentioned in my post about Karkin… as I was heading over to tame the metallic crab, Skitterflame popped up as well. Karkin was a bit higher on my list of priorities, so I went after him first. 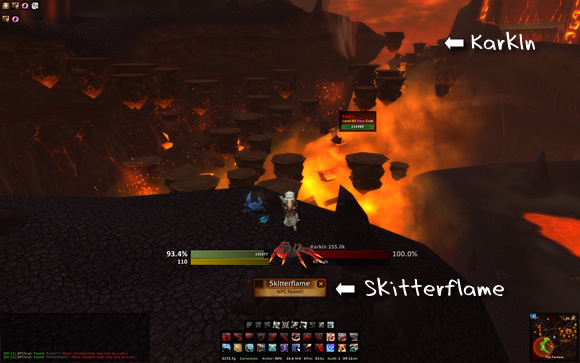 Afterward, I ventured over to Skitterflame’s spawn location to see if anyone was taming her. There was a Tauren hunter there who didn’t appear to be checked out on the taming strategy. They pulled Skitterflame without using any traps in the process, and were quickly beat down.

Given that my stable was full, I hearthed to SW and dropped off a few of my pets, hoping to rush back and get an opportunity to tame Skitterflame. When I returned a few minutes later, no one was there.

As with all of these new taming challenge pets, acquiring Skitterflame requires a particular approach. The trick with Skitterflame is getting her to ‘cool down’ enough to become tamable. When first encountered, Skitterflame has a buff on her called Superheated, which prevents her from being tamed. To remove the buff, you need to chill her out with a series of traps.

Skitterflame isn’t too terribly difficult to tame, as long as you follow a few simple steps… 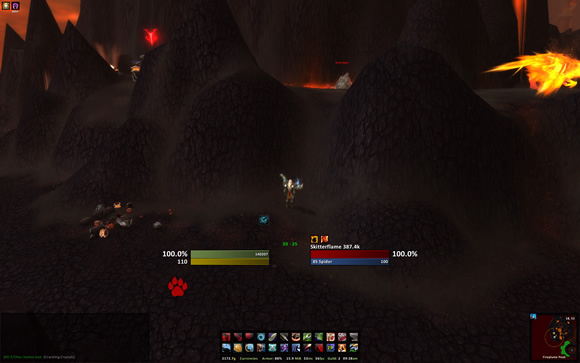 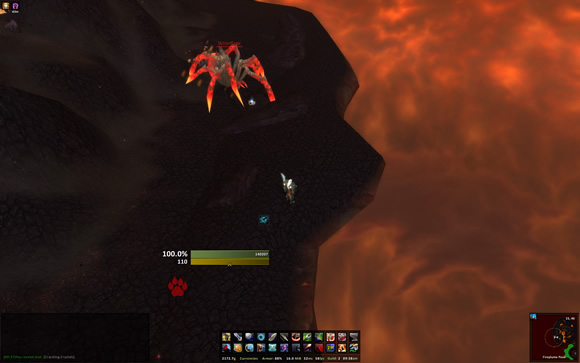 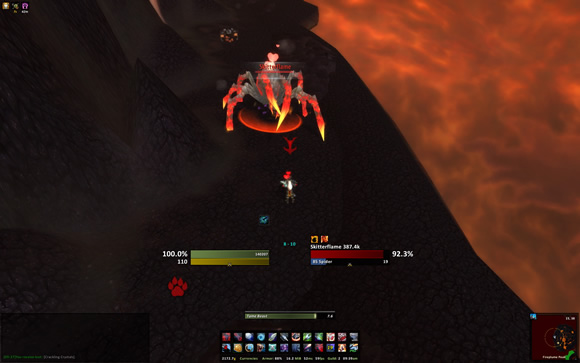 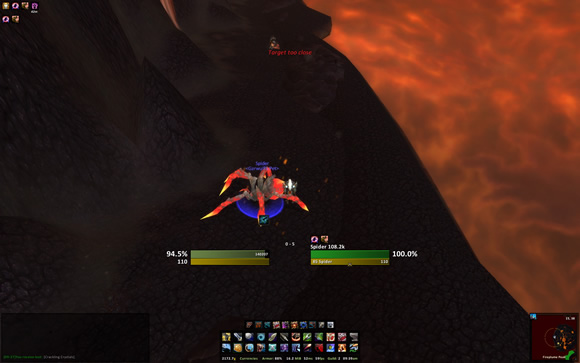 Disengage and Aspect of the Cheetah can help a bit with maintaining range during this encounter, so be sure to utilize them if needed. If Skitterflame gets within melee range during the end of the taming proccess, don’t sweat it… at this point her energy will be so low that she won’t be hitting too hard. Skitterflame als has a buff called Burning Frenzy, which scales damage based upon her current energy level. Once within taming range, her damage is quite low.

If you’re specced into Entrapment, don’t bother with Snake Traps — Skitterflame seems to be unaffected by the snare.

Avoid kiting Skitterflame through any lava, as this will heat her back up — increasing her damage buff and slowing down the taming process. Just kite her in the area I noted above and all will be fine. 😉

Oh, and one last little bit… don’t let her energy level reach zero, or else she will croak. If you happen to trap Skitterflame in a Freezing Trap as she’s reaching zero energy, be sure to break her out of it — don’t wait for the trap to wear off as it might kill her.

Hopefully this guide will help those of you still after this new rare and unique-skinned lava spider. 🙂