Legion-era hunters who want to tame Ban’thalos, see this post instead.

The rare pet hunting has continued to be successful for me since I landed Skarr the other night — the first of the rares I’d tamed since entering the Molten Front earlier this week.

Yesterday I nabbed Ban’thalos, making him the fifth Patch 4.2 rare pet I’ve acquired since Tuesday. The procedure I used for taming this new Spirit Beast was as follows…

1) Locate the tall tree just left of the monument in the Sanctuary of Malorne. 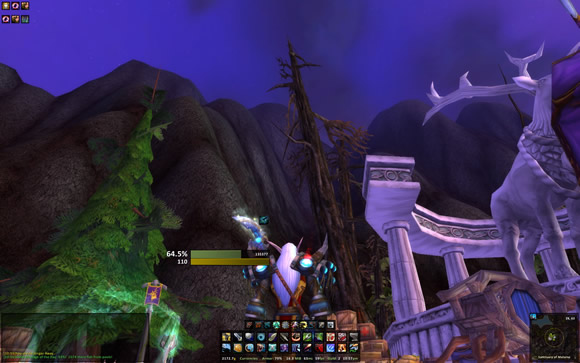 2) Fly to the top of the tree and adjust your position until you are resting on it. Hovering above the top of the tree, use the ‘Sit/Move Down command’ (X by default, but I have it remapped to Shift+X) until you make sure you’re perched atop the tree. This is the place where you will tame him. 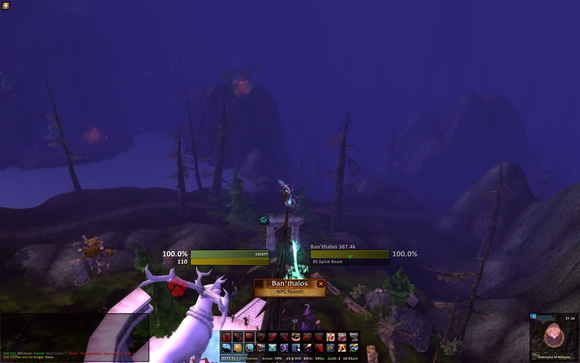 3) Once Ban’thalos has been spotted, drop a Freezing Trap on top of the tree, get on your mount and fly ‘straight up’ by pressing only the space bar. When you aggro him you will be free-falling, so you need to make sure you fall ‘straight-down’ back to the top of the tree. 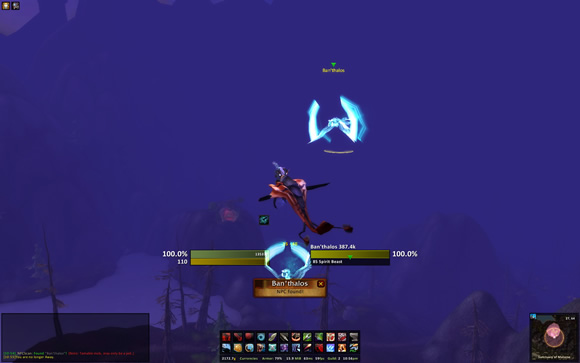 4) When Ban’thalos is within range, dismount and pull him with a shot. Once he’s been aggro’d — pop Deterrence. You’ll take a little bit of damage from the fall, but Deterrence will protect you from his whammy of a Moonfire attack. As soon as you land atop the tree start Tame Beast. Ban’thalos will pursue you – landing in the Freezing Trap you have waiting for him. 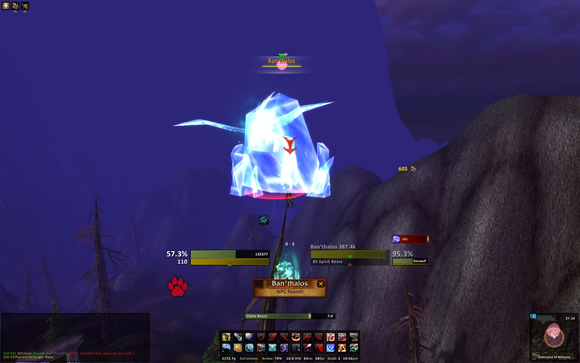 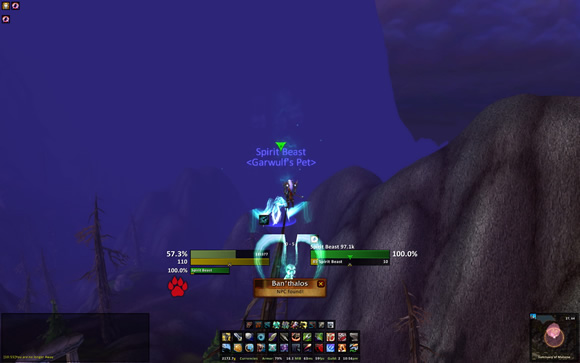 He’s definitely a nice looking pet, but I’m still a die-hard Ghotcrawler fan when it comes to my Spirit Beast of choice — he’s just so damn inconspicuous in BGs. He’s like a low-profile damaging blue mist that moves from target to target — where as Ban’thalos really stands out in the, “hey it’s a BM pet, let’s kill it!” sort of way.

Still though… a really cool pet, and a Spirit Beast skin I’ve wanted for awhile.