No way man… he looks too badass and he’s my only crab pet. 😉

On my way to grab Karkin, NPCScan went off a second time, signaling the presence of Skitterflame. After taming Karkin, I headed over to Skitterflame’s spawn area and sure enough… she was soaking her eight legs in some lava just waitin’ for me. 🙂 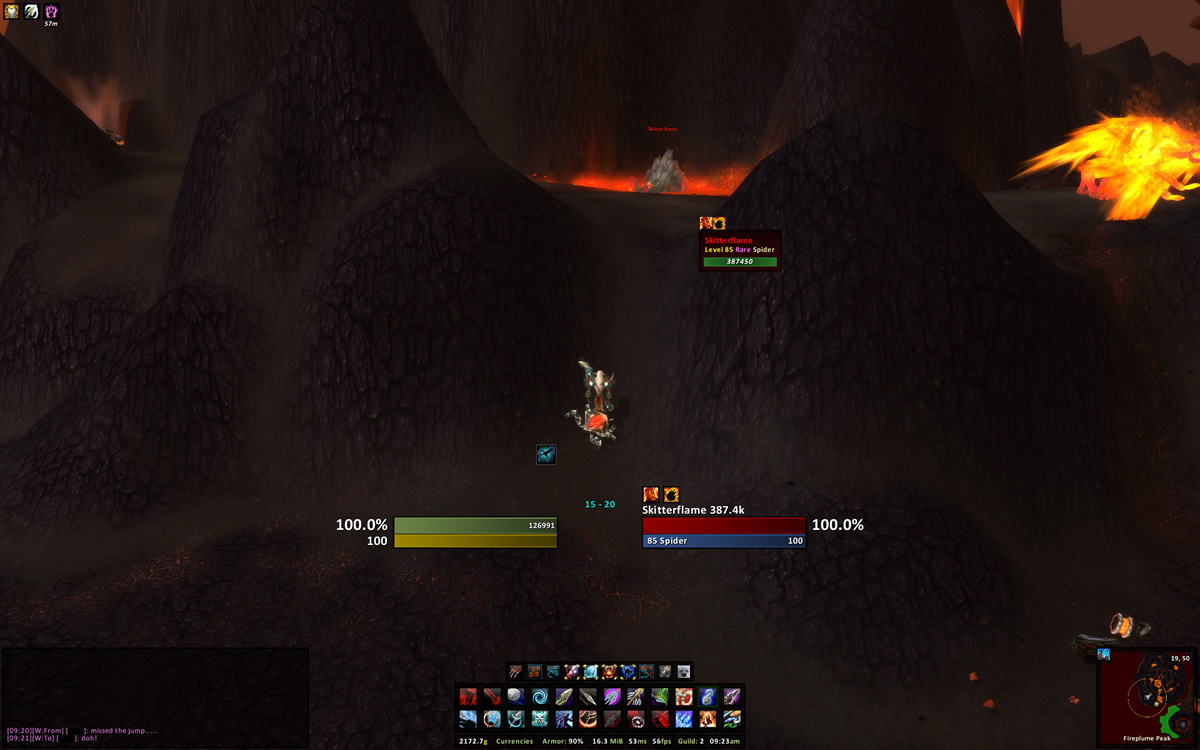 Only problem… my stable was now full. I still had Skarr with me, I’d just tamed Deth’tilac, Jadefang was in another slot, and no way I’m abandoning GC… I was thinking I was least likely to use the crab, but no way was I going to release the Karkin for a red lava spider. So, I boogied it back to the stable master, dropped off a few of the children, then headed back into the Molten Front in hopes that Skitter would still be there waiting for me.

Well she was. More on that later.
Now back to Karkin… I tamed him using pretty much the same method as Skarr. I silenced him halfway through his casting of Fieroclast Barrage, then I hit my Deterrence / Tame Beast macro. I also activated an on-use haste trinket for a little added insurance.

My first attempt went wonky and I failed the tame. He broke the taming process and was drilling me with fireballs. The only thing I’d done different on my first attempt was to draw aggro by firing at him, rather than starting with Tame Beast, as I was trying to get an additional haste proc from the trinket I had on. It seemed like maybe he used a different attack pattern when I began the tame in that way.

At any rate, the second attempt was textbook, so that’s what I recommend. Tame Beast for a few secs, then break his cast with Silencing Shot, immediately followed by Tame Beast + Deterrence. By the time he gets off his second cast, your Deterrence will deflect it. You can’t go wrong with this strategy.

Good luck to those of you looking to add this little crabby to your stables!

More first-hand taming stories and tips on the way…