The value of Multistrike through the eyes of a Marksman As I started researching secondary stats for Hunters, I kept seeing Multistrike pop up as the number one secondary stat on various websites. At first glance, it doesn’t appear to really do a whole lot more in terms of DPS based on the tooltip. I decided to do some research …

Update: At the launch of Warlords of Draenor I’m down to using only 6 Weak Auras, but here they are in case anyone wants to use them! These are up-to-date as of Patch 6.0.2. Hello again! I’m going to put together a more comprehensive guide for Weak Auras, but in the meantime…I figured I’d share my WA strings for you … 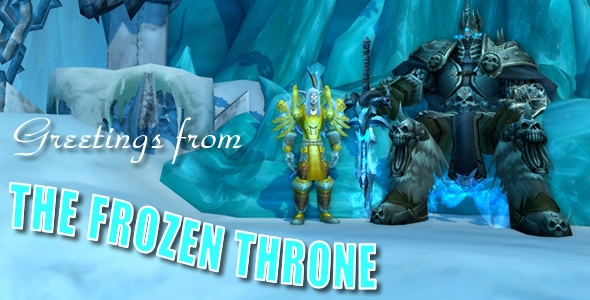 Last week I’d mentioned on the Facebook that I finally decided to progress my solo campaign into ICC. I was pleasantly surprised to find that the once dreaded ICC is now actually quite easy to tackle solo as a strapping level 90 hunter. There are a couple of critical fight mechanics to be mindful of, especially with Valithria, but with a little know-how and some preparation, ICC 10 man can be completed by just about any reasonably geared hunter (with a quintet of Spirit Beasts on hand). 😉

I completed the entire instance in ilvl 499 PvP welfare epics, using a Beast Mastery build like this. I made one small change to my build for Valithria which I’ve noted in this guide. I went through the entire instance with a Ferocity specced Spirit Beast.

I know many of you reading this have already cleared this instance and are thinking, ICC 10 man…that’s like sooo 10 months ago… 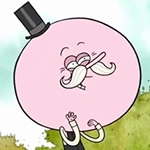 This guide is intended for casual noobs like myself, so if you’re like me, and you want to see some raid content you may have missed, AND you love soloing on your hunter, then read on.

With a little luck, ICC 10 man normal can be soloed in about 2 hours, and is a jolly good show.

While doing a bit of leveling last night, I happened upon some Bloody Tracks. Being the pet-crazed hunter that I am, I stopped questing and turned my attention to finding the elusive beast responsible for them. Based on where I found them, I was pretty certain these tracks had been left by Savage, the striped white tiger found in the Jade Forest.

I first noticed the Bloody Tracks in the area where the Jade Tigers are located.

One major benefit of having a class site like Huntsman’s Lodge is that I get so much great input from all of you. Your comments and discussion really prompt me to revisit a lot things, and in turn, influence change – making me a better player as a result.

After reading some of the comments that were posted in my last BM PvP build post, I ended up trying out a new build. While not radically different, I do think it’s a better build (for BGs, anyway) than the one I posted last week.

I’ve always been one to take a point in Improved Mend Pet. Having the ability to cleanse DoTs and CC from my pet has always been of huge importance to me. However, after reading through some of the comments in response to my posted build, I decided to drop the point just to see if I missed it. If I didn’t, then that would free up a precious talent point that I could use for more DPS, for example.

Another talent I decided to give up was Survival Tactics. I really like this talent for the reduced Disengage cooldown, and to a lesser extent… the increased trap efficiency. Anyway, I elected to dump Survival Tactics to test if the shorter Disengage cooldown would really be missed and to see just how much more often my traps would fail as a result of losing this talent.

Were I a highly competitive arena hunter, I feel that Survival Tactics would be a staple talent. A failed Freezing Trap could make the difference between a victory or a loss, where as in battlegrounds, you can afford to have a small margin of error with traps.

Survival Tactics shaves 4 seconds off the cooldown of Disengage, plus it cancels out the inherent 4% “miss rate” hunters have with traps. Even with capped Spell Penetration, traps have a 4% chance to miss, i.e., a 1 in 25 chance to “not hit”, rather than be resisted.

At any rate… I decided to see if giving up that 4% bonus would actually be that noticeable. The result…not really. I’ve yet to be in a situation where a failed trap has been a game changer, nor have I really noticed my traps missing all that often.

As for the 4 second longer cooldown on Disengage…that hasn’t been a problem either.

Without the point in Improved Mend Pet and the other two points in Survival Tactics, I then had 3 extra talent points to spend elsewhere. So where to put them..?