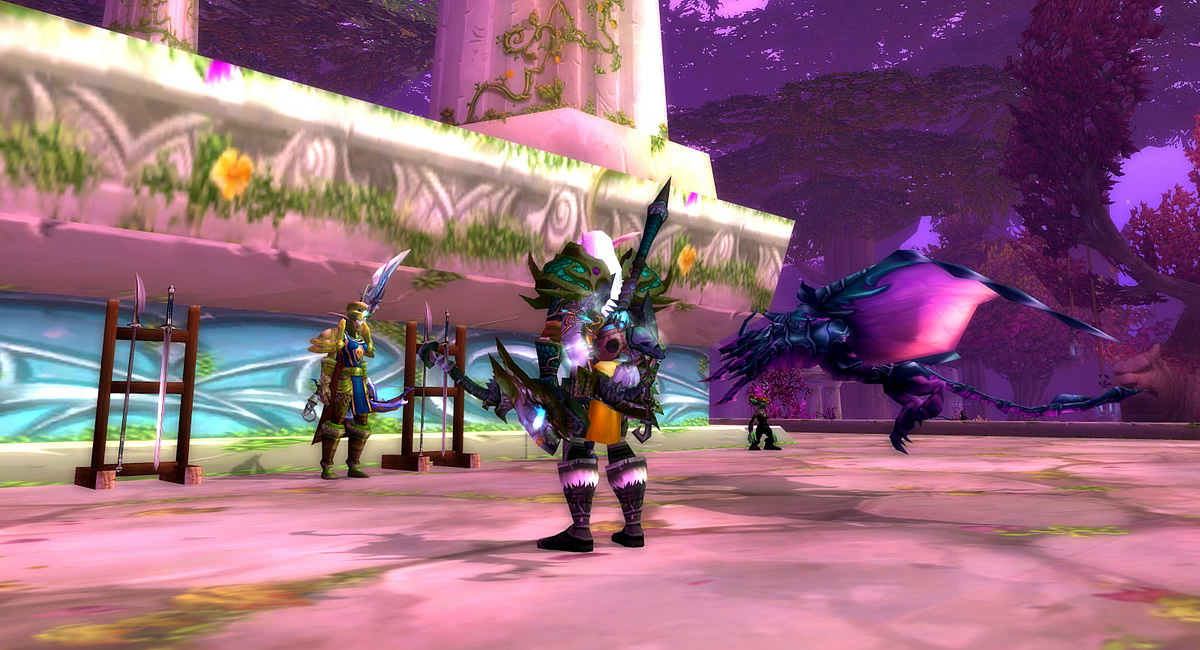 Update: 08/03/10 – My current build is slightly different than this one. To see the spec I’m rocking right now, read this post. 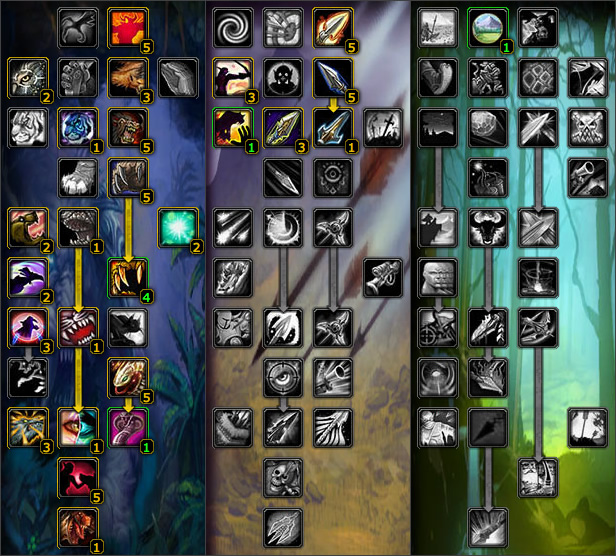 I’ve been using this very same build, give or take 1 or 2 points, for quite some time. It’s a pretty solid build as is, although you may want to shift a couple of points around to tailor it more to your needs.

Anyway, here are the methods to my madness…

That’s a breakdown of my talent point allocation. Hopefully it gives you a clear idea of where I put points and why.

As I said, apart from the core talents, there is a little room for customization depending upon your gear, play style, etc. Deviations from my build could be:

Those are a few popular alternative point placements I can think of.

There are three major glyphs that are far and away the top choices for PvP Beast Masters, and they are…

For minor glyphs, there are two that I would highly recommend…

The last two minor glyphs can be either…

18 thoughts on “BM PvP Guide – Part One: Talents and Glyphs”