Next, Chimaeras are part of the Cunning family of pets. Cunning pets have a variety of tools available to them that are very useful for PvP.

Here’s how I spec mine…

My pet build focuses solely on DPS and pressure. If you want a pet build that focuses a little bit more on damage mitigation for you and your teammate(s), then a build like this one may be more for you, as it possesses the uber Roar of Sacrifice talent.

Another good option in the cunning family is the Silithid. Silithids are similar to spiders in that they have a ranged snare, however unlike the spider’s web, Venom Web Spray hurts.

Personally, I can’t see using a Silithid over a Chimaera, but some hunters really like them. I don’t speak from experience here, as I’ve not used on seriously for PvP, but I have one major issue with them. Because Venom Web Spray applies a DoT while it snares, it makes setting up CC on the target a lot more difficult.

For example, a spider’s web causes no damage, so you can cast it at your target, creating a perfect setup for a Freezing Arrow. The target stands there helpless against your deep freeze, where as if you tried that with a Silithid, the DoT would break your trap. I don’t see this as being much of an issue in a busy BG, but in arena it could be a huge hindrance. This could probably be the reason I have yet to see a hunter with one in arena.

If BGs are your thing, and arena not so much, then I think a Silithid would own. For me though, I prefer the steady 50% movement speed decrease that the Chimaera provides over the 4 second root of the Silithid. The uptime on Froststorm Breath outweighs the 4 second root on a 28 second cooldown. At least that’s what I think.

Silithid owners… weigh in here and give me your thoughts.

Although they don’t really provide any CC apart from the tiny bit they get from Charge, worms are a great PvP companion. For one, when properly specced, they are very difficult to kill. This is great for those occasions when a DPS target will switch to your pet, leaving you free to deal out the damage while your pet soaks up the blows. Because they are so hardy, they require a bit less micro management. You don’t have to worry as much about your worm getting 3-4 shotted, especially with pets now inheriting full resilience from their master. 😀

In addition to all of the tenacity family goodness, worms possess a very useful PvP ability in Acid Spit. Acid Spit is an awesome tool in the BM hunter’s arsenal. It’s sort of like the hunter’s version of Sunder Armor, only better.

Acid Spit can be cast from 30 yards out, is on a 7 second cooldown (with 3/3 Longevity) and reduces armor by 10% per application, up to a maximum of 20% (two stacks). It lasts for 30 seconds, with the duration being refreshed after each successful Acid Spit. As if that wasn’t enough, Acid Spit also does non-armor mitigated nature damage and can crit quite hard – easily in the neighborhood of 1K.

Bottom line… Acid Spit is great for burning down plate wearers, which coincidentally also happen to include some of the classes that can give hunters the hardest time, ie: Rets, DKs and even Warriors.

This is how I’d recommend speccing a BM tenacity pet for PvP, namely a worm.

Apart from the worm, I wouldn’t really recommend any other tenacity pets for BM PvP, simply for the fact that they just don’t do enough damage. BM is pretty reliant upon pet damage, so it’s essential to have a pet that can bring it. The beauty of the worm is that although it doesn’t provide quite the same personal DPS as a cunning or ferocity pet, the debuff makes up for it. 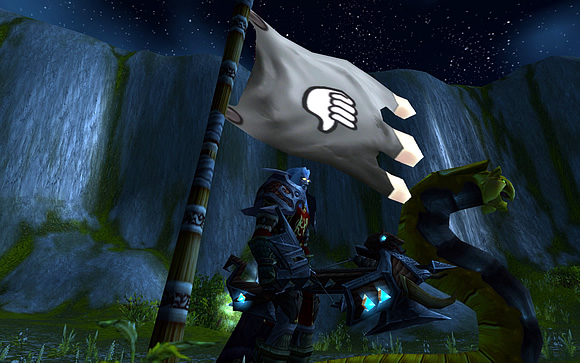 For my fourth and final suggestion, I think the Core Hound is worth a look. I’ve yet to try one myself, but I think that they’re a pretty solid option, especially now with pets inheriting full resilience from the hunter.

There are a few reasons why Core Hounds stand out as a BM PvP pet. For one, their DPS is great. Being that they’re ferocity pets, Core Hounds posses more damage increasing talents, including a higher crit chance. Since a lot of BM Hunter DPS is improved by way of pet crits, having a 9% higher crit chance is definitely a plus.

In addition to their improved DPS courtesy of the ferocity tree talents, the thing that makes them really stand out is their special ability, Lava Breath. Lava Breath has a 30 yd range, does non-armor mitigated fire damage, and most importantly, applies a 25% reduced casting speed debuff that last for 10 seconds. The ability itself is on a 7 second cooldown (with 3/3 in Longevity), so it’s quite possible to park this pet on a healer or casting class, keeping the buff up pretty much constantly.

Lastly, the other nice thing about Core Hounds is Heart of the Phoenix. And believe me, this is going to be needed. Casters will be putting a bounty on this pet’s head both in arena and BGs. Because Core Hounds are more of a glass cannon variety pet, lacking any substantial damage mitigation talents, they can be killed fairly easily. The instant res from Heart of the Phoenix helps to solve this issue somewhat, especially in arena.

If I become curious enough to try a Core Hound out for arena or BGs, this is likely how I would spec it.

Another way to go might be to drop Heart of the Phoenix and go 1/2 in Bloodthirsty, then you’d be able to get the 6% additional damage from Shark Attack and be able to wreak even more havoc. However, I’d only recommend this build if you are specced 2/2 into Improved Revive Pet.

Well those are my recommendations as far as BM PvP pets are concerned. The Chimaera receives my highest praise due to its cunning family abilities and the unbelievable ranged slow it provides. The worm is another preferred choice of mine due to its excellent ranged armor debuff attack, as well as its tenacity family abilities, which increase survivability for both the pet and the hunter. The Silithid is another good choice due to its ranged snare, as well as the Core Hound for its increased DPS and ranged casting debuff attack.

Okay, so those are four pets I would strongly recommend for the BM Hunter’s PvP needs. There are others worth mentioning such as: Hyenas, Ravagers, and Spiders, but I feel that the three aforementioned pets possess the best skill sets of all the choices BM Hunters have at their disposal. However, pet choice can have a lot to do with your play style and team composition (if you arena). Use my recommendations as a starting point, but by all means, go with whatever works best for you.