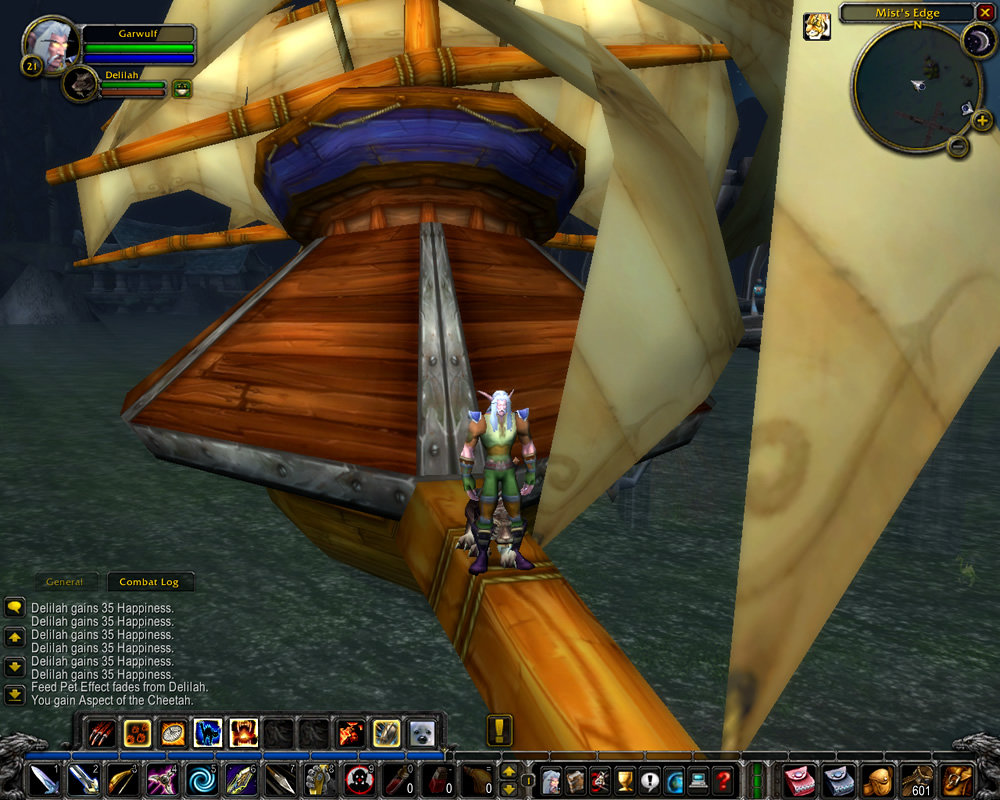 With the World of Warcraft 5 Year Anniversary now underway, it prompted me to reflect back upon when I first started exploring the World of Azeroth as a level 1 Hunter. It was sometime in February of 2006 when I emerged at the starting zone in Teldrassil… and well, the rest is history. Here I am 3 years and 9 months later, not only still actively playing the same character, but maintaining a website devoted to the game and my beloved class. I guess you could say I was a little drawn in at first and never really lost interest. 😉

My wife gave me WoW as a Christmas gift in 2005, but I waited a few months before installing it. I honestly wasn’t all that interested in it to tell you the truth. I put it on my Christmas list mainly because I had heard that it was a good game at the time for benchmarking PC performance. Up until that point, the only computer game I had been playing was Diablo II LOD. Although I enjoyed the hell out of it, I’d been playing it for 5 years or so, and was starting to take notice of some other games I’d seen reviews of online. One of them was WoW.

Although my unfortunate computer troubles last week caused me a lot of grief from a business standpoint, it did provide me with a nice respite from WoW. I had been feeling pretty “bleh” about a lot of things in-game prior to last week, so this 8 day reset came at a nice time. Even though it didn’t seem like much …

World of Warcraft Client Patch 3.1.3 is being implemented today on live servers. Thank goodness! For those unaware, this is the patch that’s going to buff Hunters and nerf others. 😈 Hunter’s Mark is being buffed from 300 RAP up to 500 RAP at level 80. This means that when fully talented and glyphed, Hunter’s Mark will now be worth …

This just in… The fine folks over at Xoxide.com asked me to hype their latest contest, so here goes… If you’re not familiar with Xoxide, they are a leading manufacturer and supplier of computer cases, pc cooling systems, gaming accessories and more. Their website is a pc gamer’s wet dream. Check out Xoxide.com here. Xoxide is putting on a WoW …

Edit: 04/25/09 I created this post after a long night imbibing with friends, so it was perhaps a little too candid. Something set me off in game, so I just logged off and decided to vent. I toned it down a bit for the kiddies. 😉 Parents need to seriously wake up and watch what the hell their kids are …