This guide is going to presume you have a basic understanding of the encounter. We’ll be focusing on the role of a ranged tank exclusively.

You do not need any special gear to be capable of tanking Kel, but any gear you can equip to increase your stamina without murdering your dps is highly advisable. PvP gear and stamina trinkets are pretty valid choices. You want to shoot for at least 35khp+ although 40k+ is a better goal if you can manage it.

As a hunter tanking Keleseth you have 3 priorities: 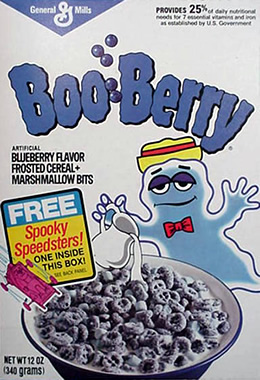 Hereafter referred to as booberries, because I don’t like saying Nuclei. These booberries are your lifeline and the key to surviving Kel’s Empowered Shadow Lance. Each one multiplicatively decreases the damage you take from his shadow lances by 35%. In otherwords 1 orb = 35% reduction, 2 = 57.8%, 3 = 72.5%, 4 = 82.2%, 5 = 88.4% and so on. So the more you have the better, in general as long as you keep 5+ you essentially trivialize his main attack on you.

However, the booberries have an interesting feature, they always hook on the last one to deal damage to them, in addition to that they tick down and damage themselves as time goes on, eventually poofing away. This means you will literally spend the entire fight gathering them in order to survive. You cam either use an auto shot or a rank 1 Serpent Sting to grab them, I find auto shot is easier, but if you can effectively pull off a low rank Serpent Sting, that will let you hold onto it just a little longer.

As a quick note, no doubt your fellow raid members will occasionally yet unintentionally work to thwart you. Booberries can be stolen by any damaging ability including AEs, cleaves, etc.\

If they steal one, target it and steal it back, UNLESS it possesses one of two characteristics.

If either of these things occur, call it a loss and move on, wasting valuable time struggling to get one booberry will be an unnecessary distraction.

When Keleseth is empowered, everyone will be in range of him and as a result closer to you as well. No matter what the raid leader instructs, you’ll still have someone AEing or cleaving Keleseth so keep your distance. If you have to go move to get another booberry in this phase, take a wide berth around the melée before heading to it. It’s always better to take a few seconds longer to get one, than to rush and lose 4 on the melée.

#2. Gain a threat lead on Keleseth.

Having all the booberries won’t do you much good if he starts lancing other people. This is especially important in the first couple minutes, if he gets the first empowerment jump, you need to be ready for it. Kill Shot is your moneymaker for threat, with only 1 hit point unempowered, you can and should use it every cooldown. Beyond that, use your standard dps rotation in between booberries. You will want to make a targeting hotkey to /target Prince Keleseth, because after about 4 berries, targeting manually will become quite the challenge.

If you have all the booberries and a solid threat lead on Kel, by all means shoot some kinetic bombs or dps the boss for a few seconds, your teammates will no doubt appreciate the help. Do not however do so if it will cause you to fall behind on berries or threat, you’re a tank today, let CC and dps be handled by the others.

A few last notes, coordinate with your healer, let them know you’ll be moving a lot to get berries and make sure they follow the giant purple cloud.

Be mindful of the other mechanics, you can still be the target of Empowered Conjured Flames and the like, so be certain you can avoid it until it’s damage is trivialized while staying in range of your healer.

I hope this provided some useful tips to one of the most entertaining encounters in ICC IMHO.