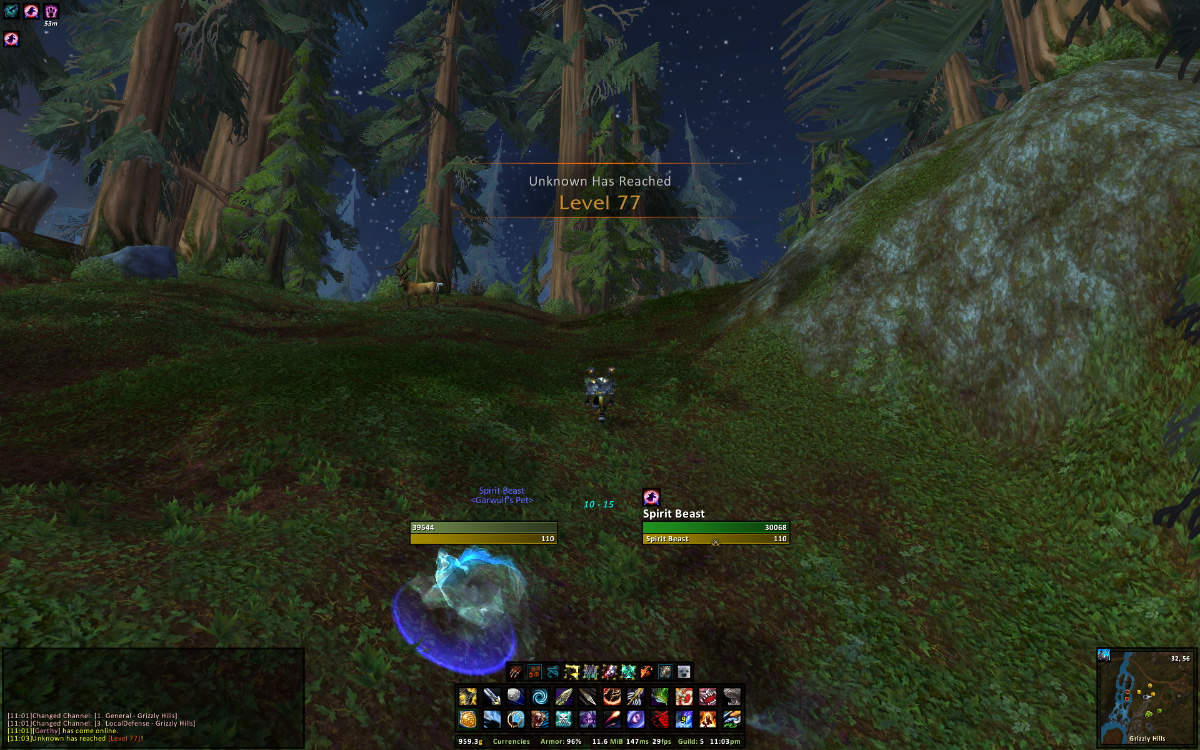 While I’ve been busy messing with my UI the past few weeks, one of the things I’ve been doing is casually looking for Arcturis. Basically, I’d sit at Amberpine Lodge tinkering with my settings, queueing BGs, then hoping to catch Arcturis after one of my BGs was over. Needless to say, there was nearly always at least one hunter parked there, with a handful more passing through off and on.

Well, yesterday I flew back to the lodge after a Wintergrasp battle and…lo and behold…there he was. I have to admit, it was pretty exciting seeing him there. I mean, I have tamed him before, but that was on the PTR. Happening upon him on a live server – when there’s so much competition for him – is quite a thrill. 🙂

Not more than thirty seconds after he was tamed, an Orc hunter flew down to his spawn location, paused for about ten seconds, then flew away. It’s all about timing. Last night was my time, I suppose.

Anyway, I just wanted to make a quick post letting you Arcturis seekers out there know that I tamed him on Kul Tiras just after 11pm PST last night. I don’t know if there’s any rhyme or reason to his spawn times, but I’m willing to bet he popped at exactly 11pm. I doubt he was out for more than a couple minutes at most.

Good luck to those of you out hunting for him. 🙂