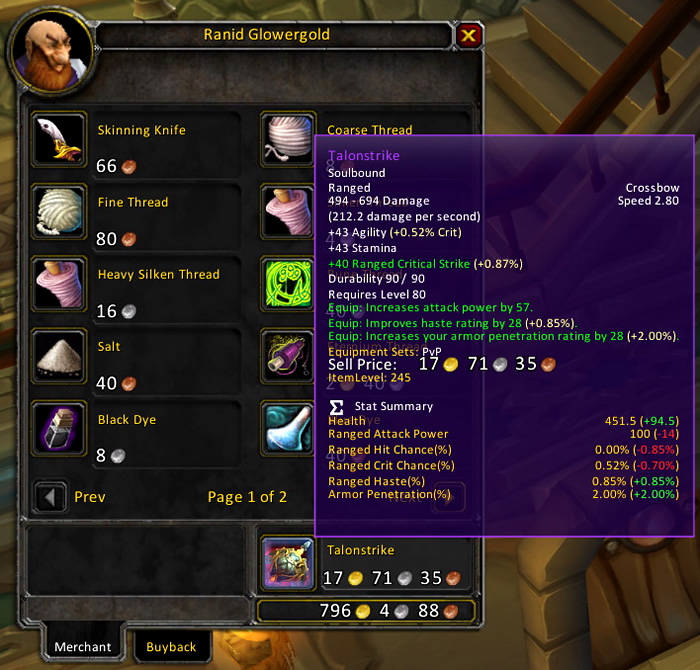 I never would have imagined that after spending 10 months with nothing higher than an ilvl 213 ranged weapon, I’d upgrade Talonstrike in just over two months. It’s a small upgrade, but a decent one nonetheless.

After about 5 unsuccessful attempts on Lady Deathwhipser this past Tuesday, our 10 man returned the following night, sharper and better prepared. I’m happy to say, we one shotted her this time. 😀

She was even gracious enough to give me her Njordnar Bone Bow. It’s not nearly the jump from Talonstrike, as Final Voyage to Talonstrike was, but it’s better itemized for me and provides about a 75 DPS bump. Plus, it’s +120 top end damage and .7% crit upgrade will prove mightier for PvP. I also get to dump some of that pesky hit rating I had in favor of moar agility. Yay!

Most importantly… look at it..! It’s freaking awesome!!! 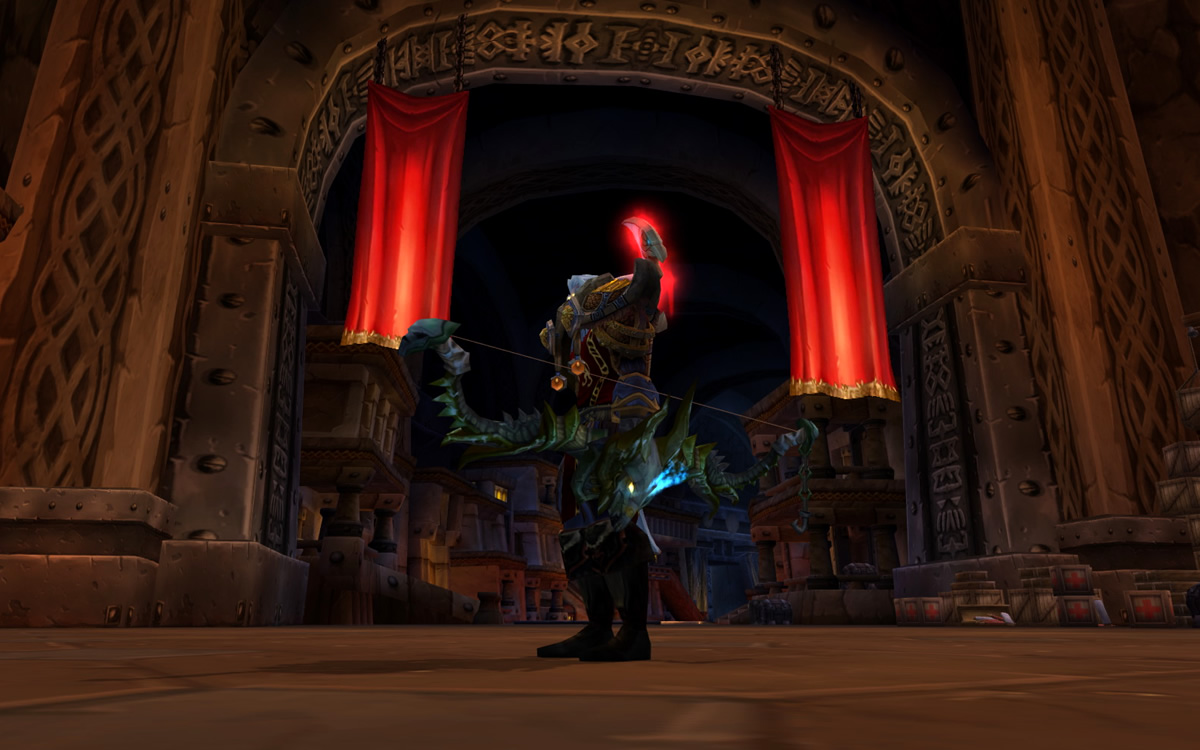 I was the only Hunter in the raid, so I got it at a bargain basement DKP price to boot. 😀 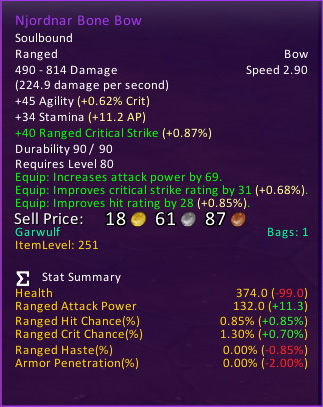 I’m really anxious to try this out in arena over the weekend. This new tool of destruction, combined with the additional 200AP bonus I now have on my PvP set and the 3% damage buff from Culling the Herd, should provide for some nice big, beautiful numbers. 🙂

WoWhead doesn’t seem to have this in their database yet, so here’s a look at the numbers.

Later that night we made it as far as Deathbringer Saurfang, but after about 4 attempts, we threw in the towel. The Gunship Battle is one of the funnest fights ever, but Saurfang is not. The Saurfang fight sucks, but hopefully we’ll get a chance to down him this weekend.

If time permits, I’ll try to get together a quick post about these encounters for those that have yet to try them. If not tonight, then perhaps tomorrow.