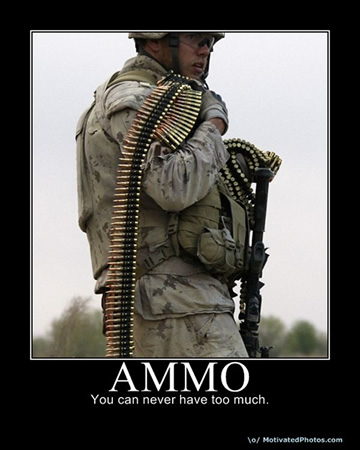 A new item of interest to Hunters was included in MMO Champion’s data mining report yesterday. Hunters will once again have access to epic ammo. It seems that there will be 2 plans for craftable ammo that will be available to engineers once they reach honored reputation with The Ashen Verdict. The plans are for: Iceblade Arrow and Shatter Round. The Ashen Verdict is the alliance between the Argent Crusade and Knights of the Ebon Blade. I’d imagine slaying beasties, demons and the like in Icecrown Citadel will get you on their good side.

There are a couple of interesting notes about this new ammo. For one, since they’re craftable, the new epic ammo will available to all Hunters once they reach 80. This is very different from epic ammo that had been introduced in the past, as previously it required a rep grind to obtain. Now all’s you have to do is have an engineer buddy make you some if you’re not already an engineer yourself. I’d imagine honored reputation should be pretty easy to obtain, so we should start seeing this stuff in the AH not long after 3.3 goes live.

The one thing that’s rather unusual, is these items require either Gnomish or Goblin specializations. These two paths have been irrelevant for the most part since TBC, but it seems that Blizz may be moving back towards specialized professions heading into Cataclysm. To craft the arrows you have to be a Gnomish Engineer, and to craft the bullets you must be a Goblin Engineer. END_OF_DOCUMENT_TOKEN_TO_BE_REPLACED