My wife’s not an ElitistJerk, but she very well could be. 😉

Talking to her about this upcoming change regarding Beast Mastery and the supposed “buff”, she took a few minutes of her time at work today to do a little theorycrafting on my behalf.

“What we’re losing is eight seconds of a 50% DPS increase for 45% of our DPS (this being our pet of course). Now granted this change will probably push BM up a teensy bit, it’s not going to be the 10% damage increase this changed tooltip would have you believe. I’d venture to guess it’s only going to be a couple of percent at best – like maybe 2-3%. Piss on that.”

That’s my typical version of theorycrafting. 😉

My lovely genius of a wife sat down and calculated some results based upon the upcoming “buff”, along with my estimate of a 55/45 split between Hunter and pet.

Here’s what she had to say…

I have it figured out and you actually have more overall damage done with the 10% buff & 8 second reduction in BW… 2.2% more over a 70 second period, actually. This is NOT considering any changes in Mana so you’ll have to tack that on afterward… here’s how I got it:

Like I said earlier, this does NOT make any consideration for differences in Mana level.

I hope this makes sense 🙂 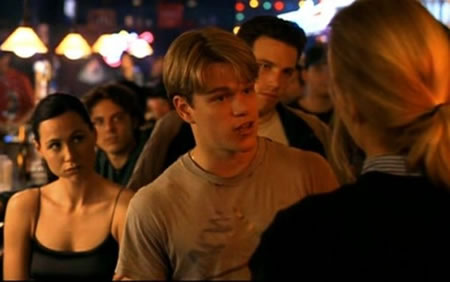 HA! So you see, my version of theorycrafting is actually pretty spot on. I predicted this buff to only provide a marginal increase in DPS as far as raiding is concerned (2% – 3%).

However, what her results don’t take into account are the 1% and 1.8% additional base mana costs tacked on during the 8 seconds of TBW we are losing. If we assume that we can fit 5 shots into that time frame (5 * the GCD @ 1.5 secs each = 7.5 secs), then this would mean that we’ll be paying 1% additional base mana for every Steady Shot and Arcane Shot, 1.8% more for Serpent Sting, and 1.4% additional for Kill Shot.

Over the course of a 5 minute boss fight, we’ll be losing 32 seconds of 20% mana cost reduction for all of our shots. That’s huge. This in turn will force BM Hunters to be in AotV for longer periods, thus further lessening that uber ~2.2% DPS increase.

Thanks to my erudite spouse, I have employed mathematics to prove my theory that this supposed “buff” is really just smoke and mirrors. While the nerf to PvP is an obvious one and a crime at that, the PvE change only provides a marginal buff under the guise of an assumed major one. This is some underhanded s**t. Actually, it’s just very poorly thought out.

I expect to see some changes before this hits live servers.

Thanks to Jandellis for posting this link. Ghostcrawler has responded to some of the criticisms concerning this hasty and ill thought out change. This is in response to concerns about mana and increased reliance upon Aspect of the Viper:

“It wasn’t our intent to push BM hunters into Viper more often with this change so we are discussing buffing the mana cost portion of the talent from 20% to perhaps as high as 50%.”

Well there ya have it. That is a step in the right direction. Although it won’t do much for our PvP woes, it will help to buff PvE damage somewhat. Of course, this could merit some further calculations… back to the drawing board. 20% reduced cost for 18 seconds vs. 50% reduced cost for 10… hmmm….

It’s getting better, but I still don’t like it. 😕

5 thoughts on “How ‘Bout Them Apples”