That said, if you’re just trying to decide which races are ‘the best’, then here’s a handy guide that can help you choose which race is best for your hunter, based upon which racial traits are going to help your hunter the most. To keep things simple, I’m mainly focusing on PvE and PvP. I figure anyone looking for ‘the best choice’ is doing so for raiding or PvP, however, if you are looking for the best ‘gathering’ hunters, then I can tell you that Worgen and Tauren are the best. 😉 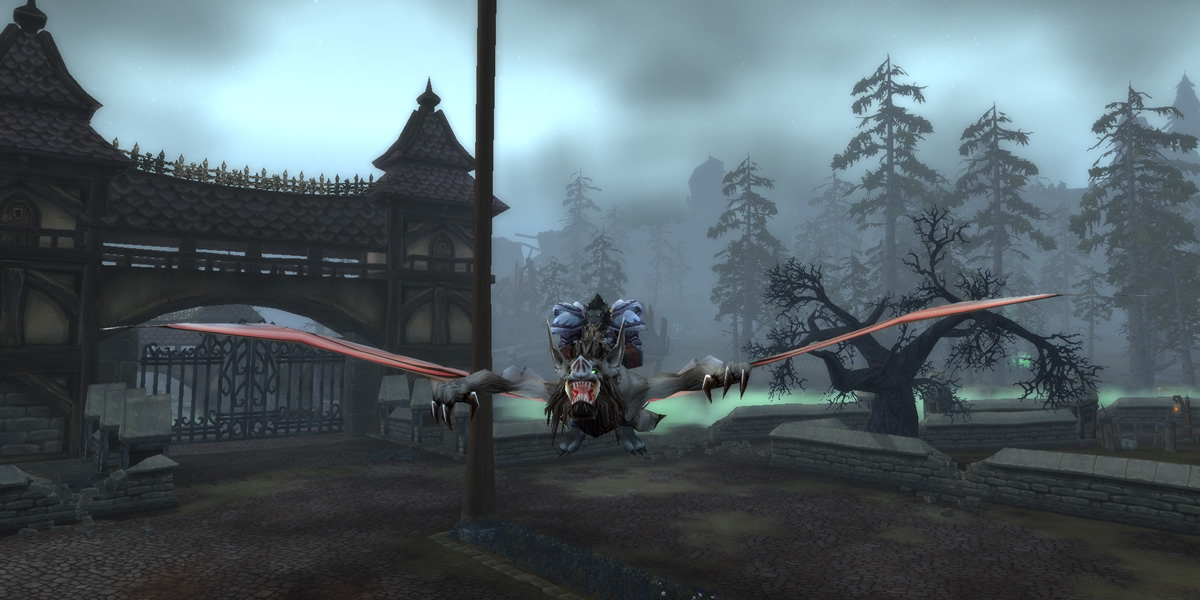 After two nights of leveling a new toon and partaking of the whole Worgen experience, I must say… I’m having a blast. I’m making sure to soak in all of the sights and sounds along the way, but I’m clicking along at a pretty good pace. I went ahead and mailed over a half-dozen or so heirlooms to my new Rogue, making things a little smoother. 😉 I was thinking about going the more challenging route and using only quest gear, but nah… a lot of time, blood and sweat were spent acquiring those BoEs – might as well use ’em.

After the wife and kid went to bed, and once I wrapped up the evening’s projects, it was time to experience some Cataclysm first hand.

Once the installation and account upgrade were all complete, it was go time. I logged in and played with the Worgen character creation screen for awhile, then I hopped over to the horde side and messed with the Goblin creation screen.

Then I went back to the Worgen. Now, I have yet to see a goblin in-game, so my opinion may change, but… there’s something unsettling about their features. They look like they’re wearing masks. Like I said, perhaps it’s different in-game, but at the log-in screen, their heads don’t seem to jive with their bodies too well.

I’d been leaning towards creating a Worgen anyway, since everything about them seems to appeal to me, so maybe I’m being a little bit biased. Plus, even though I dabble in the dark side, I’m pretty much an Alliance guy. 😉

After configuring an identity for my new Worgen, I sat there thinking… so why in the hell am I planning on leveling another hunter..? I have four already…

My main, of course, and my first WoW toon. With 209 days played and close to 100K honor kills, Garwulf is my baby.

I rolled him way back in vanilla for a variety of reasons… I liked the dwarven racials, engineering seemed fun, I wanted a toon I could play anonymously (he’s remained unguilded and held in secerecy pretty much throughout – – until now..! doh!), and I wanted more pets! We were so limited back then, with only three stable slots. We also didn’t have dual specs in those days, so it was nice having a MM hunter available to play without having to re-talent. Garwulf was (and still is) my Beast Master.

Wrathchild is my twink hunter. At one time, he was among the top twink hunters in my battlegroup. Wrath was a first team member of the top twink guild in Vengeance, and had a 5-0 run in 5 officially scheduled WSG premades vs the top horde guilds in our battlegroup. Those premades were some of the most exciting WoW events I’ve participated in, period. One of our raked pre-made battles lasted 2 1/2 hours!!! I was shaking afterward.

At one time, he actually had more honor kills than Garwulf. 😉

Cabrón is my lone horde character. He resides on a different server (and a s**t server at that) from the rest of my clan. I made him in an effort to experience the game from the horde point of view, prior to Cataclysm. I’ve had immense fun playing this character. My initial plan was to level him all the way, but I ended up parking him at 49 once I found out we were getting regional battlegrounds. I thought it would be fun to unleash his fury upon the experience-off Alliance wussies in the 40-49 bracket once 4.0 hit. Unfortunately, this plan got completely f**ked after I discovered that my once uber gear was now vendor trash. 🙁

Cabrón shall resurface at some point.

So you see… I have quite a bit of experience in the realm of huntering. I absolutely love the class, so I don’t feel having four hunters is a waste at all. It’s all about what you enjoy.

However… last night I got to thinking… 5 may be a bit too many, especially when I have one or two I’d like to level at some point.

Also… if I’m only rolling a hunter so that I have something to cover on the site, that’s defeating the purpose of what I’m doing. I’m taking a step back from the game so that I can try and detach from the “work” aspect. Discussing my new lowbie hunter would be in a sense, me writing a new hunter leveling guide. Not to mention, BRK already covered that topic pretty well. There’s no need for me to go down that road.

I am a WoW hunter to the core, so there’s really no reason I can’t talk hunter stuff now and then, even if I am not actively playing one. You guys know where my heart is, so it’s not like you’re going to abandon me… right..? I’m still going to hopefully have a few writers covering hunter stuff on here, and I may talk about some pet stuff, or this and that, and maybe the other thing…

I mean, I’ll be back at it soon, so you guys will still be stopping by seeing what I’m up to, right..?

I have another question for you too… It’s… 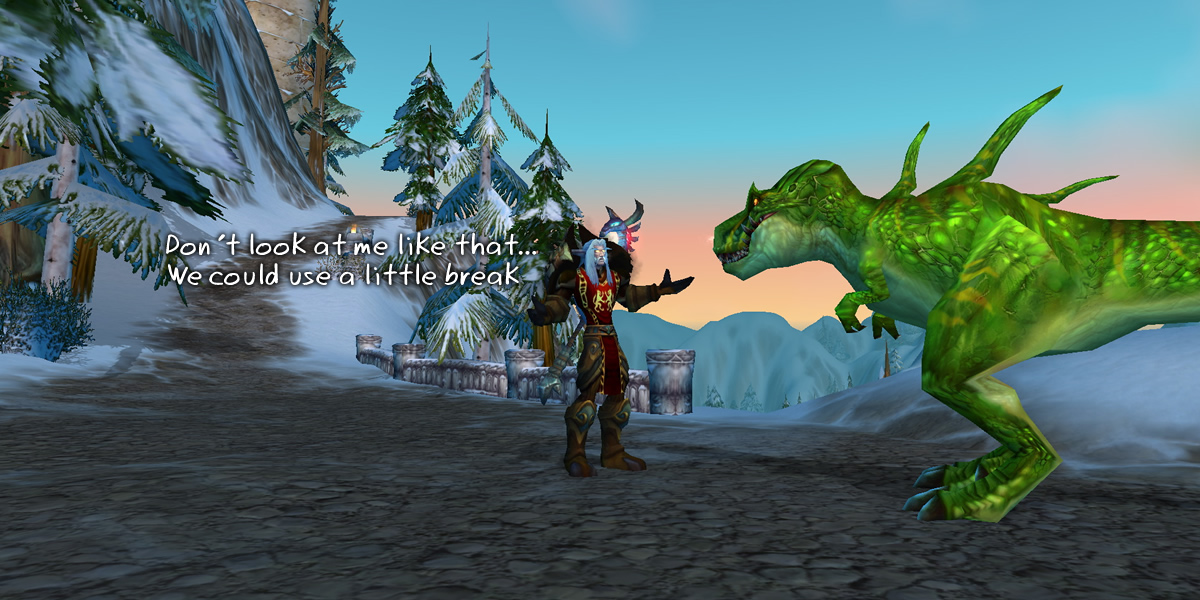 Truth be told… one reason things have been a little quiet around here lately is because I was planning on exiting for awhile. Trying to meet the demands of everyday life, along with the task of maintaining this website, as well as finding time to play the game used to fuel said website… well… it’s been a little too much for me these days.

During the class panel at today’s BlizzCon festivities, Ghostcrawler announced some of the major changes in store for Hunters with the next expansion, “World of Warcraft: Cataclysm”. They are: Mana will be gone. Hunters will now utilize focus. Intellect will be a needless stat for Hunters. Focus will regenerate at a rate of 6 focus per second. Steady Shot improves …