…but it’s so pretty… 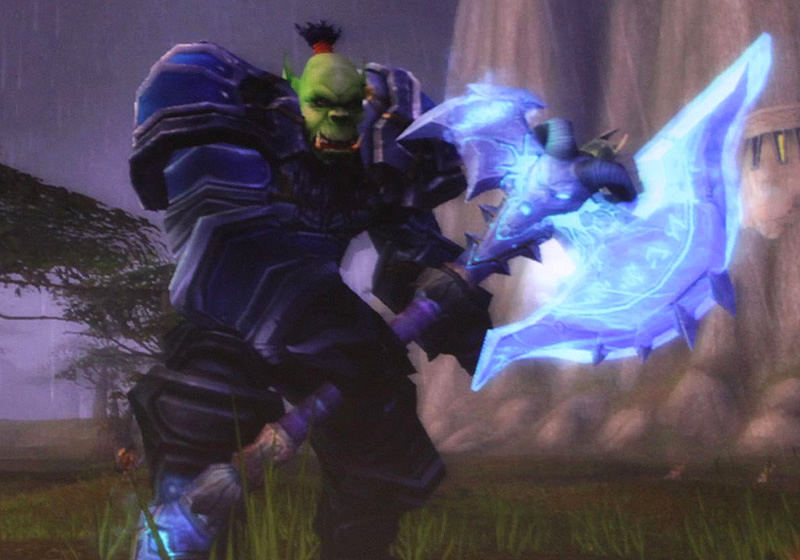 This makes sense though. I was pretty sure that the mention of Shadowmourne as a new Legendary Axe for Hunters was a tongue-in-cheek reference. Especially following the announcement of the removal of attack power, and the implementation of more class specific gear itemization.

During the class panel at today’s BlizzCon festivities, Ghostcrawler announced some of the major changes in store for Hunters with the next expansion, “World of Warcraft: Cataclysm”.

Other changes that affect Hunters:

This is just a quick highlight of some of the more notable updates that will be affecting the Hunter class.

On a side note, the Worgen racials look amazing for PvP.

The last racial is a +15 bonus to skinning which doesn’t really offer any benefits other than ease of leveling, but the fact that a skinning knife is not needed is pretty cool. Worgen skin their kills using their claws! That is pure win.

The Goblin racials are pretty great too.

Goblins also have two rocket based racial abilities which share the same cooldown, so only one can be utilized every 2 minutes. They are:

Not to be left out of the profession bonuses, Goblins have a passive boost to Alchemy.

The other Goblin racials are more for convenience and comic relief…

Well, that’s all I have for now… I’m watching a rebroadcast right now of the footage I missed earlier this afternoon.

There were a ton of exciting announcements made today, so if you were unable to attend the convention or view the pay per view event, head over to the new Cataclysm site that just launched today.