I haven’t been able to do a whole heck of a lot, but here’s what’s gone on…

As mentioned in the previous post, I’ve decided to focus on Beast Mastery at the moment; wrapping my head around it, then focusing on MM & SV once I feel comfortable with BM.

The PvP spec I’m going to try looks like this: http://www.wowhead.com/talent#cfhfckGdRRoZh

I’m not saying this is a recommended BM PvP spec, but it’s what made sense to me – for BM anyway. As for glyphs, I haven’t gotten that far yet.

…so I went for it. At only 25 DKP, I considered it a steal. This is of course, Distant Land – one of thee best weapons available for feral druids, and actually not too shabby for hunters either. It drops off of Festergut in 25 man ICC. I’ll tell you what… if they changed the 108 haste to 108 armor … 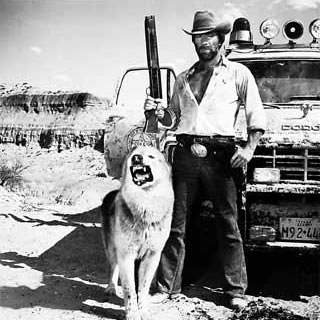 Alright, so with all of this new gear that has been introduced in 3.2, this past week I have been taking a hard look at haste and its value as a Hunter stat. After sitting out 3.2 for almost two weeks, I finally got back in the game and have amassed a few upgrades either via badges or instance drops. While staring at the Emblem of Conquest Quartermaster’s item screen in Dalaran, one stat has had me particularly curious as far as how to weigh it. This is of course, haste.

Since a lot of the gear that I’m either replacing or obtaining involves a large amount of haste, I decided to investigate this so called “Hunter Haste Soft Cap” and find out how much of this stat is necessary. For those of you privy to this information, you may want to skim through for a refresher, read it and check for accuracy, or perhaps just move along and wait for tomorrow’s topic. For you other Hunters out there such as myself, who are viewing haste as that gray area in your item tooltip, read on…

Haste and the Hunter

We know that haste shortens the duration of casting speed, which is good of course. A quicker casting speed means more attacks going off in a shorter amount of time. However, Hunters only have two damaging attacks that utilize a cast timer. Those are: Steady Shot and Volley.

Volley benefits from haste in that it causes the spell to provide the same amount of damage in a shorter period of time, due to the hasted casting speed and more frequent damage ticks. Yet, Steady Shot is really the only spell we’re concerned with as far as haste stacking is concerned. Volley is primarily used to AoE down trash, and DPS isn’t quite as important in those situations. How fast we can get the boss down is what’s important, thus the emphasis on Steady Shot.

Why do Hunters need haste?

Steady Shot has a base casting speed of 2.0 seconds. Our goal is to get that casting speed down to 1.5 seconds. The reason for this is that we want Steady Shot to match the value of our global cooldown, which happens to also be 1.5 seconds. The reason this is so important is because it creates a smoother shot rotation, which in turn allows for a higher damage output overall. The tighter you can weave your shots, the more damage you will do. It all boils down to simple mathematicals. 😉

By paring down the cast time on Steady Shot, you are ensuring that you will have at least one shot available every single time your GCD is up.

How much haste does a Hunter need?

Beast Mastery Hunters specced 5/5 into Serpent’s Swiftness are already haste capped. No additional haste is needed for BM Hunters in order to get down to the magical 1.5 second casting speed for Steady Shot. Since Steady Shot is such an important part of the Beast Master’s arsenal, it stands to reason that this mechanic exists for the Beast Mastery tree.

Marksmanship and Survival Hunters need 523 haste rating to reach the desired haste soft cap. “Haste soft cap”..? What is that..? I’ll get to that next.

Since haste is not an exact science like hit rating is, there is no hard cap for it. When a Hunter reaches 8% or above with their hit rating, then there is absolutely no value for the stat beyond that point. Haste however still has value beyond its so called soft cap. The reason for this is that although Steady Shot cast speed cannot be reduced any further, auto shot can can be fired more frequently.

As I’d said a moment ago, Beast Mastery Hunters are inherently soft capped already, so no need for them to stack haste. Marksmanship and Survival Hunters need almost 16% additional haste, which translates into 523 haste rating in order for them to be soft capped. 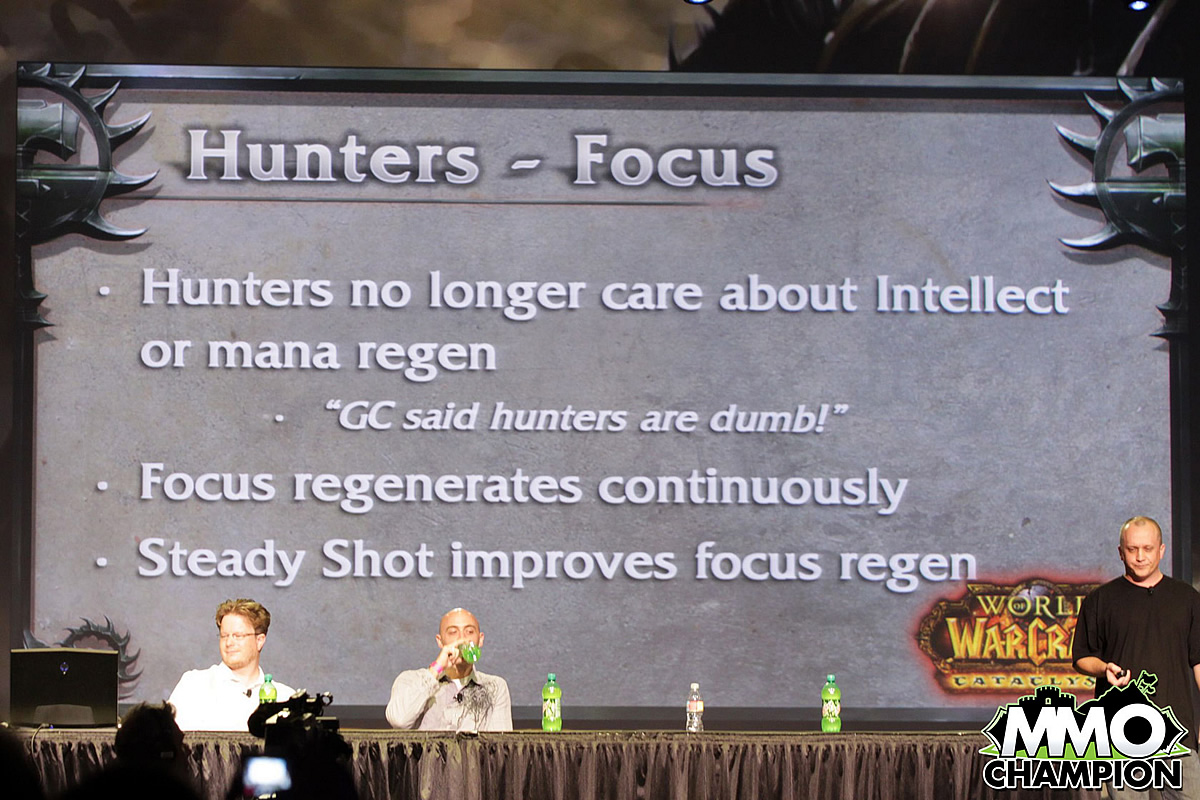 During this past weekend’s BlizzCon, Ghostcrawler announced an exciting but somewhat controversial change to the Hunter class which will be implemented in the next expansion, “World of Warcraft: Cataclysm”. This revolutionary change is of course the removal of mana as the Hunter’s source of energy, and the introduction of focus as a usable resource for attacks and spells. This change will essentially cause the Hunter class to behave almost like a “ranged Rogue”.

Ghostcrawler also divulged some vague details about how focus will work for the Hunter, including:

This change is obviously the biggest and most controversial bit of Hunter news that was announced over the weekend at BlizzCon 2009.

During the class panel at today’s BlizzCon festivities, Ghostcrawler announced some of the major changes in store for Hunters with the next expansion, “World of Warcraft: Cataclysm”. They are: Mana will be gone. Hunters will now utilize focus. Intellect will be a needless stat for Hunters. Focus will regenerate at a rate of 6 focus per second. Steady Shot improves …