Among many of the interesting and exciting changes coming in patch 3.3.3 is one of particular note to hunters, namely raiding Beast Mastery hunters. In the latest patch notes is a mention of an update to Ferocious Inspiration.

Speaking from a BM PvP hunter point of view, I think this change kinda blows. It’s not nearly as brutal as the BW/TBW nerf, but it’s still a nerf to BM PvPers no matter how you look at it. Apparently Blizzard cannot figure out a way to buff BM’s damage in raids without further nerfing it for PvP. Blizz is clearly moving towards buffing BM’s sustained damage at the expense of its burst. Oh well.

However, I think this is an exciting and promising change for raiding BM Hunters. This will certainly help to bring Beast Mastery more in line with the other specs. How close it will be, I do not know. I doubt that it will be enough of a boost to push it ahead of SV let alone MM, but it may certainly be competitive.

This reworked FI definitely has me conflicted. On one hand, it’s going to lessen some of my burst capability in arena. On the other hand, it’s causing me to take a serious look at possibly going BM again for raiding. I haven’t raided with Krush since the 10 man Naxx days and I sure miss him. 🙁 If anything, I look forward to testing BM’s viability come 3.3.3. 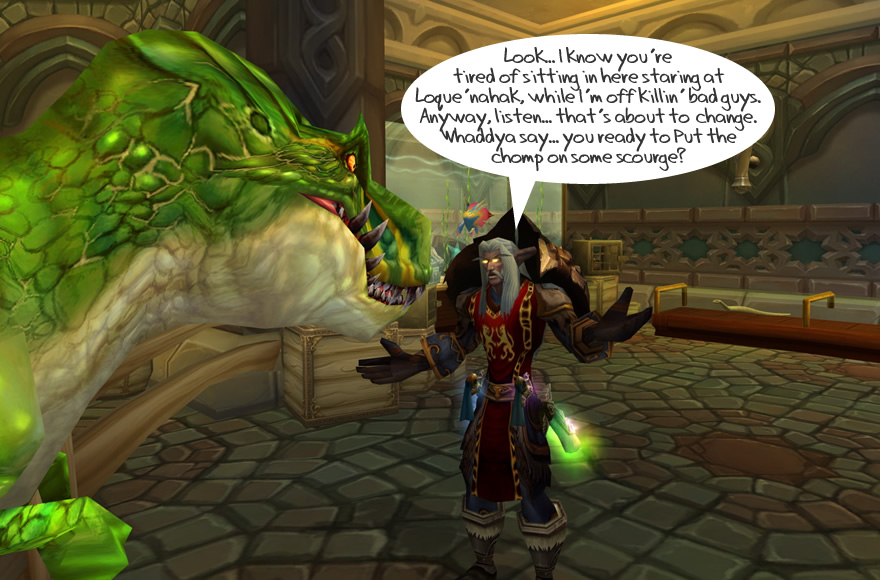 The one thing I do not understand however, is why Blizz has Beast Mastery going back to the mindless Steady Shot mashing build that it was in TBC. It’s ironic considering they have stated that they wanted to make the spec more interesting. This change to Ferocious Inspiration will no doubt have end game Beast Masters stacking armor pen and spamming Steady Shot like it’s going out of style. There will be no reason to use Arcane Shot anymore, apart from high movement fights and leveling. END_OF_DOCUMENT_TOKEN_TO_BE_REPLACED