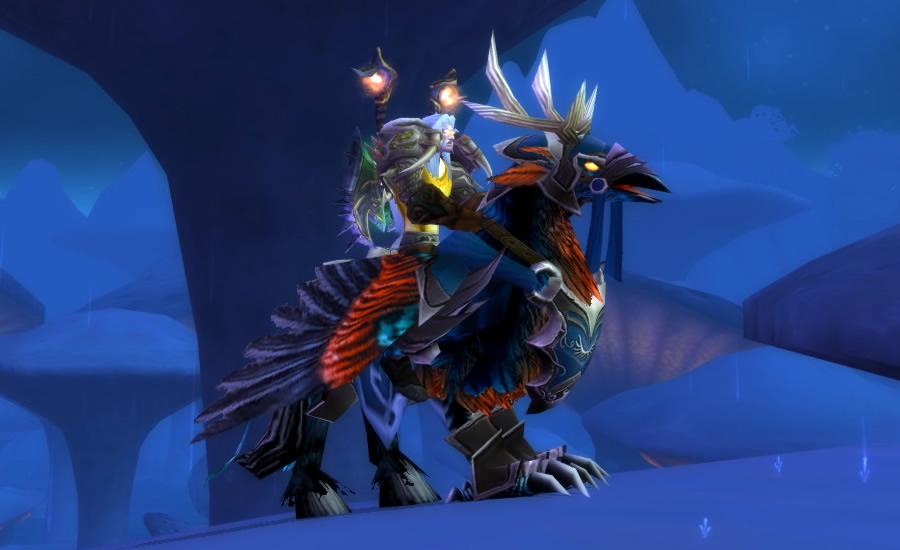 I’ve wanted this mount for oh… I dunno… two and a half years now.

Tonight I finally broke down and paid the 1600G for my Cenarion War Hippogryph.

I haven’t been this happy about obtaining an item since I received my tabard.

Normally I’m a hunter of little means, but thanks to the revamped honor system, that’s changed. 😉 Without any need for honor gear, I simply purchase Cardinal Rubies 3-5 at a time, cut them on my wife’s JC, then flip them on the AH. I’ve gotten pretty wealthy over the past several weeks doing mainly this.

I also elected to sell off my Primordial Saronites for the sake of fattening my pre-Cataclysm bank roll. I was going to work towards crafting my Rock Steady Treads, but decided to hold out for some free ones instead. 😉

It’s kinda funny… the more G I’m sitting on, the more of a chiseler I become. 😉

I had to have this mount though.

By the way… for those that don’t have one of these… it has like the best animations ever! Blizz spent a lot of time giving this mount some character.

10 thoughts on “A long time coming”