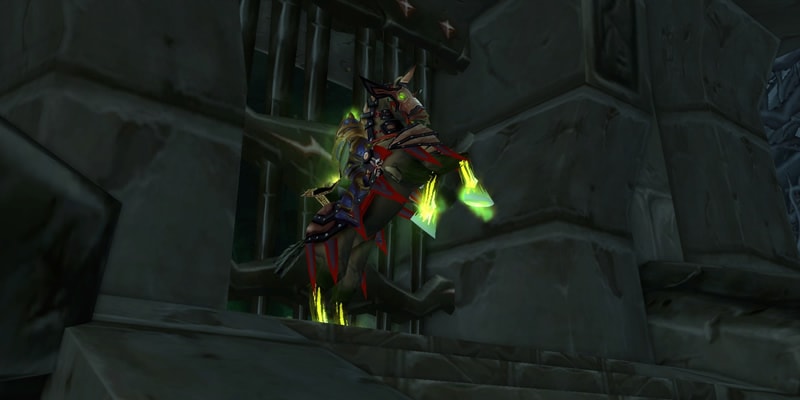 Then, about a week ago, right before the reset, I thought maybe I’d take my new Paladin alt into Kara to see if he’d have better luck than Garwulf. I think he was level 78 at the time, so I wondered if he’d be powerful enough to run Attumen without it being a hassle, but it ended up being a roflstomp for my god-mode Pally.

Paladins are just flat-out ridiculous, and way easier to play than hunters, in my opinion. Seriously…is there another class that can tank all the way through Cataclysm while topping the damage meters at the same time? Not that I’ve seen.

Anyhow…after I clobber Attumen, I loot his corpse expecting to see the usual necklace and leather bracers, when my jaw about hits the floor upon seeing that horseshoe icon pop up on my screen. I couldn’t believe it… Fiery Warhorse’s Reins?!?! Are you kidding me?!

I’d run this dungeon probably 80-100 times over the years on Garwulf, the founder and proprietor of the Huntsman’s Lodge. You’d think Attumen would be eager to gift such a fitting mount for a deserving fellow huntsman. No way, man. Dude was not handing it over.

My beastmode Pally comes into Kara…drops Attumen like a chump, then takes his prize after his first ever foray into the place. Blizzard loves Horde and they love Paladins. That’s my theory anyway.

Regardless of how I obtained it, finally getting the Huntsman’s Mount was a most memorable moment for this hunter. 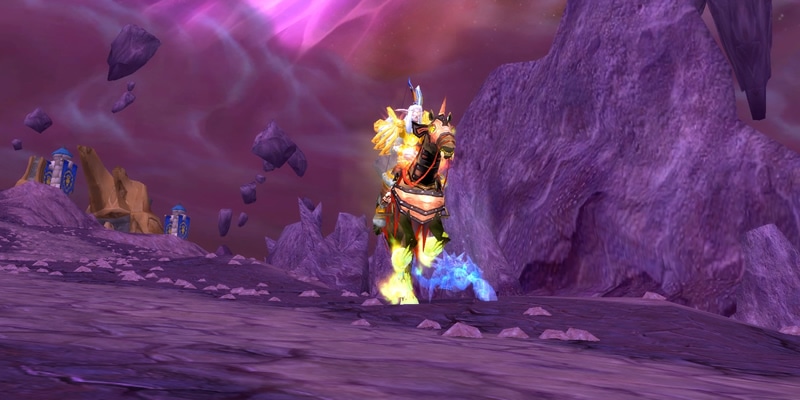