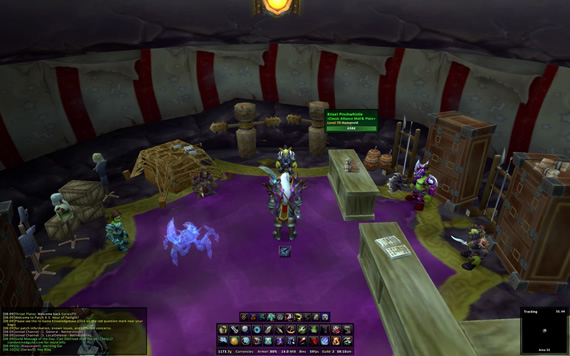 Yesterday I’d mentioned not being able to use my old level 60 PvP gear for Transmogrification. Today I found out how I could, so I figured I’d share it with the rest of you for those curious as well.

In Area 52, inside the hut where the arena gear vendor used to be, there is a group of goblins that sell ‘replicas’ of the old school PvP gear. 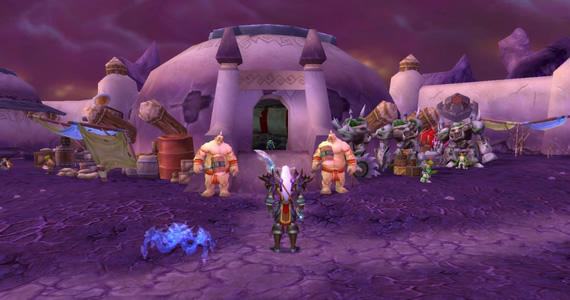 The Hut with the Classic PvP Gear Vendors in Area 52

I was planning on going with my legitimate armor, but I dunno… the Field Marshal set looks really sexy, and our guild tabard really sets it off more so than the Rank 10 set.

What do you think..? *steps out of dressing room* 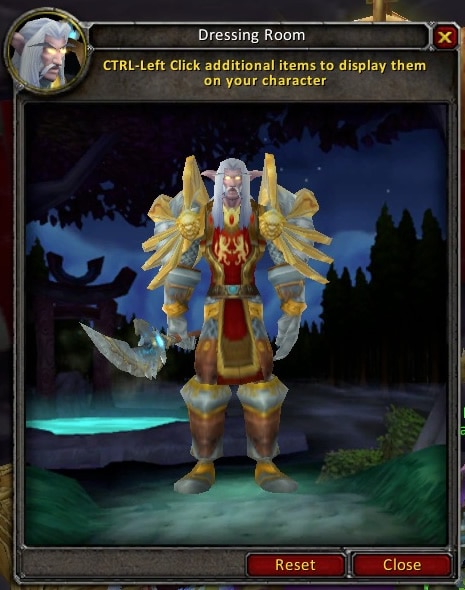 Given the choice, I think I may have to go for this set instead.

Here’s the set I actually earned back in vanilla… 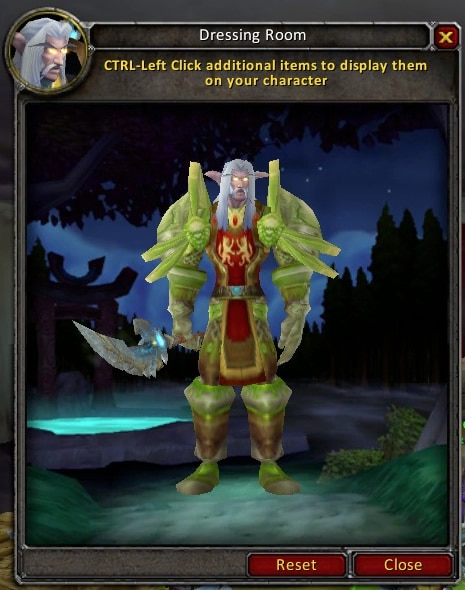 Whaddya think… the gold, silver and bronze one looks much better, am I right?

The arena gear requires no specific achievements, which means they are accessible to everyone. This is great news, because it means that Ezra’s crossbow is now available to anyone who wishes to Transmogrify it. 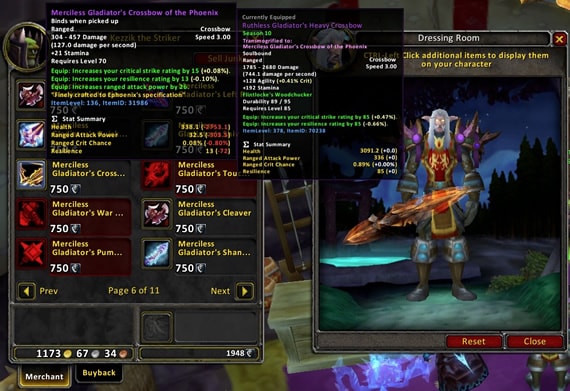 Merciless Gladiator's Crossbow of the Phoenix

The arena gear requires honor for purchase. The cost is pretty low, with armor pieces ranging from 750-1K honor each. The S1-S3 Gladiator weapons are pretty cheap too — most of them can be had for 750 honor, with the 2H carrying the highest price tag at 1.5K honor.

So…if you’re an old school PvP’er who’s been wondering how to get that classic look on your gear, then get yer butt over to Netherstorm and see the goblins in Area 52 about some Transmog replicas.

Previous Post: « A few random bits – related and unrelated to Patch 4.3
Next Post: No UI Update This Week… »