I had refrained from posting until I felt the desire and/or motivation to do so, but I’m happy to say it’s coming back. 🙂

The end of December began what is arguably the most stressful and hurt-filled period of my life since losing my mom to cancer 5 years ago. This recent situation bore similarities to the loss of my mom in that the grieving and pain began long before the eventual loss — with many high and lows in between. Still…you’re never quite prepared for the final blow.

I’m frustrated, sad, amazed and shaken a bit, but I’m maintaining and improving daily, apart from the occasional… “is this really happening..?” I’m ever the optimist, so although things maybe weren’t fabulous between us, I’d been hopeful that dedication, effort and time would eventually bring us closer and more united. Unfortunately, I am only in control of one person’s feelings and actions…mine. 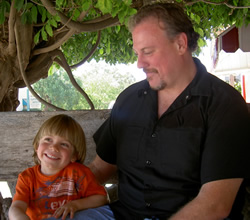 The biggest loser in this is my son, but he has two very caring and concerned parents who will see to it that he’s given loads of love, attention and support.

So there ya have it folks…wish I had a different and less “heavy” reason for not being around lately, but not this time. My absence from the blog and the game has not been out of avoidance…I have been checking in once in awhile, responding to the occasional comment or post, as well I’ve recently started to blow off some steam in BGs and so forth. I’ve stayed away due to the need to focus on other much more important time investments, in addition to getting my emotional well-being in check. I’m still cycling through varying emotions, but my extreme sense of loss, heartbreak and frustration has since passed. I know it’s not over, but I can at least manage it now.

Previous Post: « Resurfacing
Next Post: How I Roll… A look at my current Beast Mastery PvP build »