My second time queueing for this instance and I won. My orc out-gears Garwulf 708 to 702, but the best I’ve managed on him is 3rd place. It must be the transmog. Folks were scared, I know it. No one, I mean…NO ONE wants the business end of my crossbow. I would also like to thank all of the Death … 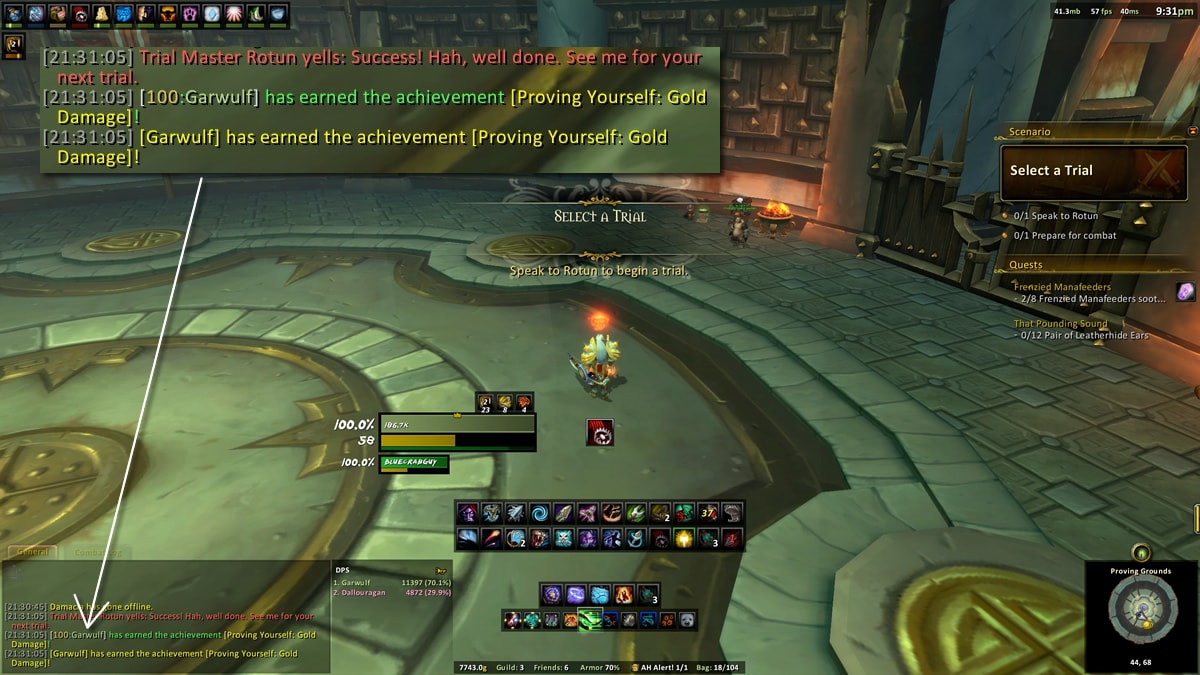 This was one of the more challenging things I’ve done in awhile, and what fun! After quite a few failed attempts – which usually had me frantically mashing buttons during the final seconds of the 10th wave – I finally managed to down the last Sha with barely a moment to spare. My ilvl 601 gear consisted of a few decent PvP items, a couple dungeon blues, and some quest gear. I used my standard BM build along with a cheap haste potion to get the job done.

After about 8 or 9 attempts that left me feeling a little inadequate, it finally occurred to me that the buffs that spawn during the encounter did not have to be used immediately.

If you’ve yet to attempt or complete this achievement, I’ll say it again…

Earned this shiny new achievement tonight… …leaving only one task left to fulfill before you all can start calling me “Battlemaster Garwulf”. Of course, this last achievement is arguably thee toughest one to earn – especially with a group of randoms. I may have to get the guild rebuilt and organized in order to conquer it. Can anyone guess which …

Reach exalted reputation status with Warsong Gulch, The League of Arathor, and The Stormpike Guard… and you too can have a nifty title like the one I earned yesterday.

Don’t be in a hurry, however… this one can take a bit of time. 😉

Update: This post is an example of me being guilty of a BUI (blogging under the influence). It’s playful in nature, so I’ll leave it unedited, but here are a few additional thoughts and clarifications from the following afternoon…

Just so you know… I do think this is a pretty cool achievement. I’m pretty apathetic towards WoW achievements for the most part, but this one feels pretty cool. Not to mention, less than 5% of players worldwide have it. 🙂