The Orc is always hilarious, but between the hunter and his pet (Frostsaber..?), those two steal the show in this series – especially in this last one. The Explosive Trap + Disengage was friggin’ great, and the Aspect of the Cheetah emote, but the Scare Beast at the end…OMG.

Love it when the Troll Druid peaks to see if the Hunter is in sight. ;-P

Reach exalted reputation status with Warsong Gulch, The League of Arathor, and The Stormpike Guard… and you too can have a nifty title like the one I earned yesterday.

Don’t be in a hurry, however… this one can take a bit of time. 😉
END_OF_DOCUMENT_TOKEN_TO_BE_REPLACED

This is entry #15 in the 30 days of WarCraft series of articles.

My favorite battleground..? I’m gonna have to go with Warsong Gulch.

I’ve competed in that battleground thousands of times, and still, it never gets old for me. I love that the objective is so straightforward, the map relatively small, yet strategy is so crucial.

Some of my most treasured WoW memories involved competing in scheduled and ranked level 10-19 Warsong Gulch premades. Those were arguably some of the most epic PvP battles I’ve ever been a part of. Also, this was back before Warsong Gulch had a timer. Back then, the games lasted until one side captured three flags. It was not unusual to have some of those battles go on for 2 hours or more.

I love Warsong Gulch because it’s an in-your-face-slugfest. The teams are small so there’s less chaos, and more opportunity for micro-battles and mini rivalries. It’s also a great BG for hunters because we get to really utilize all of our crowd control abilities.

Warsong Gulch is my favorite BG. Which BG(s) do you guys like?

For Ironma-a-an to Spread Fear

I could have taken it easy on myself and queued with some guildies, but eh… what fun is that..? Achievements such as this must be earned. 😉

It may be frustrating as hell at times, but the victories are oh so sweet. 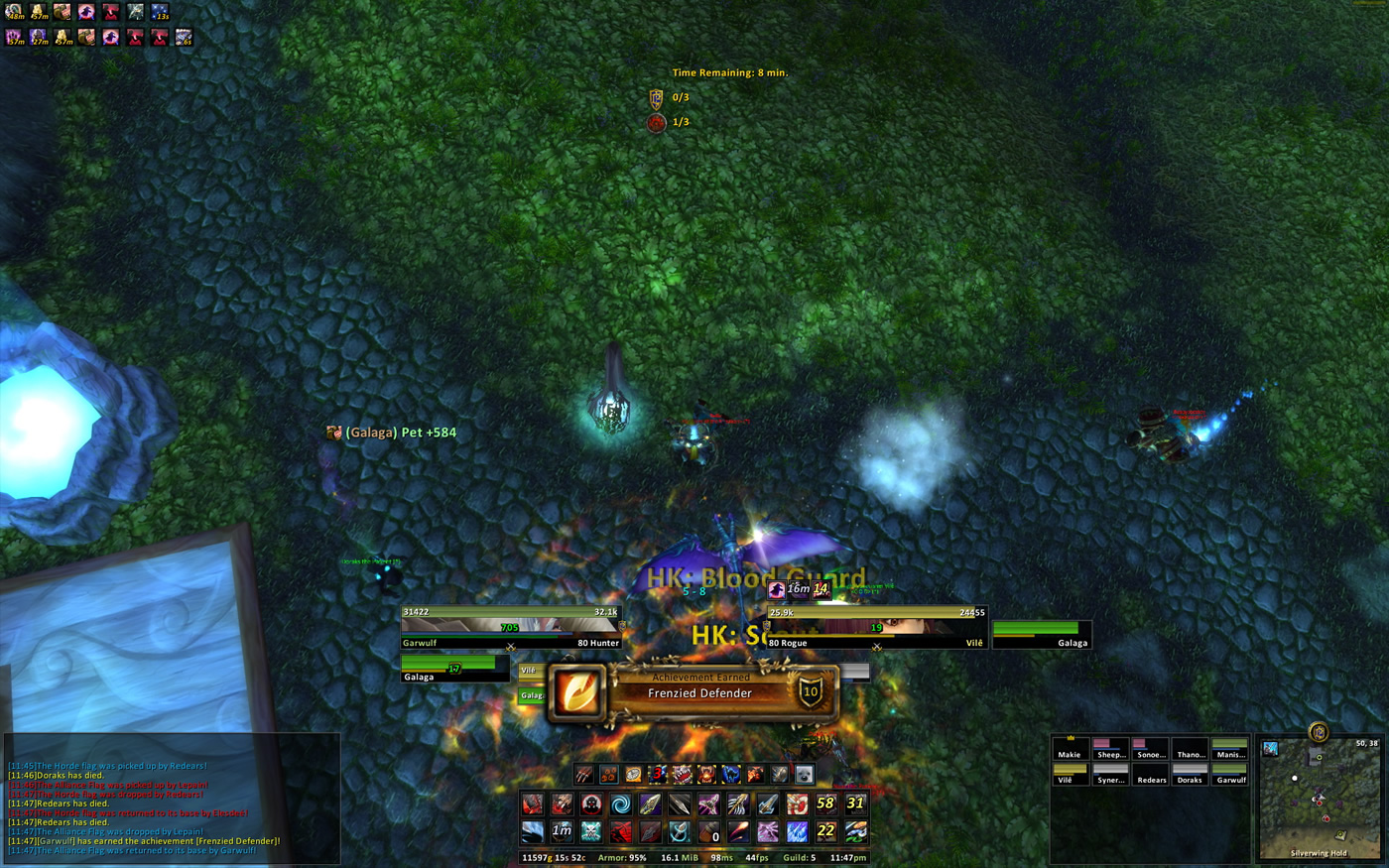 Now I just need Ironman and then I can start to work on some of the other BG achievements. I’ll tell ya what’s sad though… my 7 flag return performance still couldn’t get us a win. Nearly all of the horde teams I faced tonight were quite formidable. They had a more organized showing tonight and a lot of them seemed ridiculously geared. 🙁 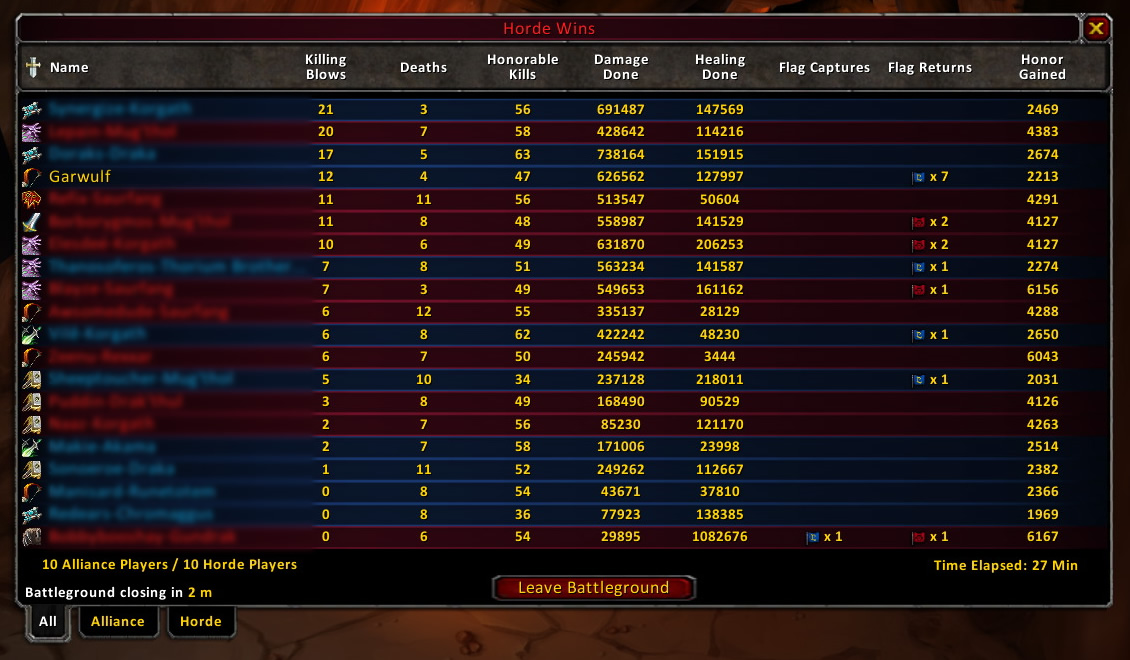 Feels nice to knock that achievement down. 🙂

Now, only 6k more rep to go for exalted Silverwing status and my shiny Justicar title. That’s probably a ways out though…

What’s funny… my now-retired 19 hunter managed exalted status within a few months. Even though I’ve got thousands of WSG matches under my belt, Garwulf actually hasn’t been in there all that much considering he’s 4.5 years old.