I noticed a lot of back and forth going on in the comments following Garxz’s interview the other week, concerning the value of 2/2 Survival Tactics in a Hunter PvP build. I was in fact curious myself, considering I felt the talent had become less of a value after 4.2. Given that Garxz is a god in arena, I figured he must know something we don’t.

I used to spec the talent for both the reduced trap resists, as well as the shorter cooldown for Disengage, but when Blizz finally made it so that Spell Penetration started affecting our traps in 4.2, I figured the talent wasn’t really worth it as long as you were itemizing for Spell Penetration. I was of the belief that if you negated the enemy’s resists with your level of Spell Pen, then your traps would never be resisted…I was wrong on this, but why..?

I’ll explain in a minute. 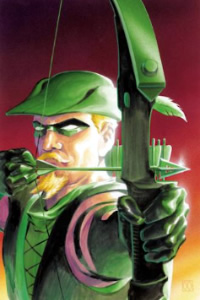 While working on my PvP guides, one thing I’ve been taking a hard look at is Spell Penetration. I’ve not really focused on it as a stat up until now, as I’ve been using my PvP gear to pull double-duty for me in BGs as well as dungeons. However, I’ve now amassed enough alternate pieces to be able to throw a decent PvP set together, optimized with PvP stats.

So onto the topic of Spell Penetration and Hunters…

Hunters are not casters, so wtf do we need spell pen for..?!

The reason hunters need spell penetration is because although we don’t cast spells per se, we do fire shots that do spell damage. A good portion of our DPS in PvP is supplied by way of spell damage – namely these three shots:

Because all hunters rely upon at least one of these shots, and because pretty much all of our PvP foes will have some form of resistance up, Spell Penetration is an important stat for PvP – especially in arena.