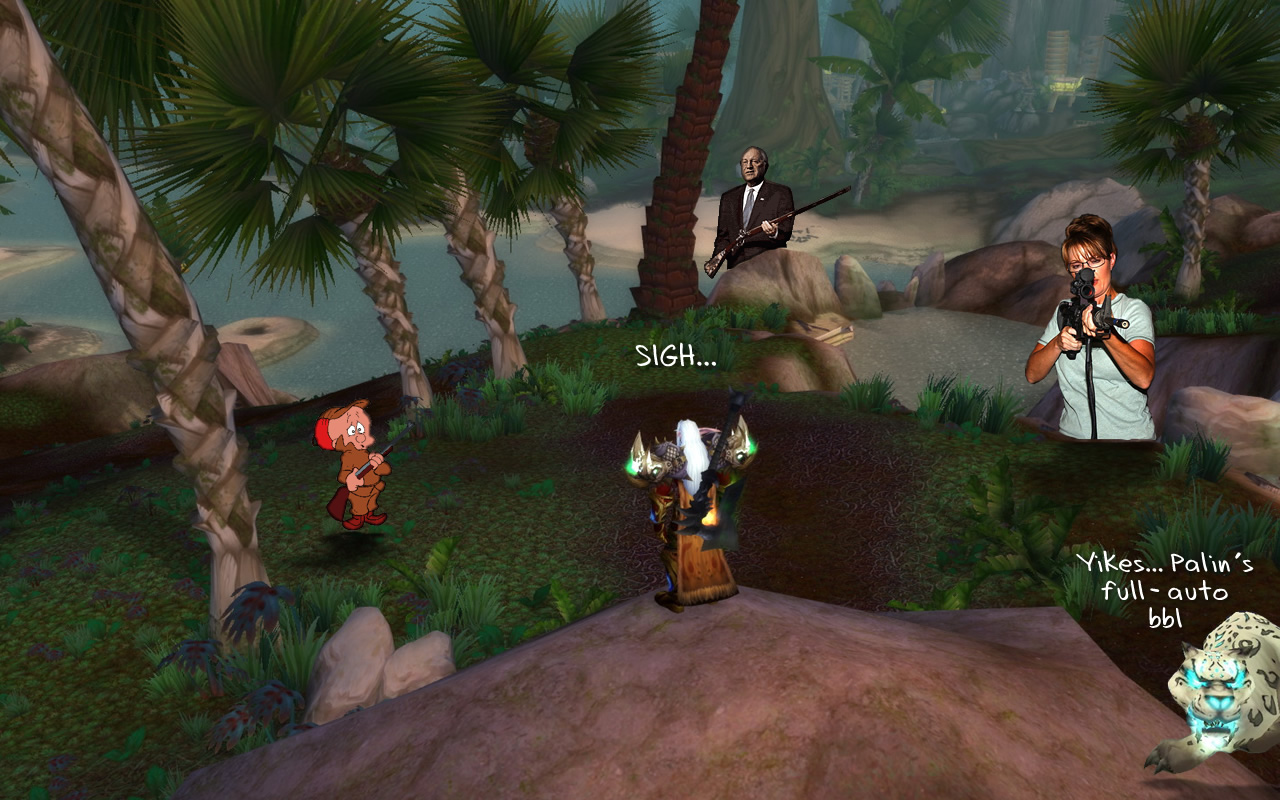 Once I was about 2/3 of the way through 75 I decided to hit Sholazar Basin in search of King Krush. One of my favorite, if not my very favorite things to do as a Hunter is to set out and tame the rares. TBC sucked for rares which makes this new content all the better.

I spent the first evening running around discovering the area, while looking for the green dinosaur and killing beasties along the way. This place is a gold mine for skinners.

Sholazar Basin is a pretty awesome place. It definitely reminds me of Un’Goro crater, but on steroids. After spending a few hours getting used to the terrain and skinning hundreds of mobs, I was only about 8% from level 76. At this point I decided to forget about King Krush and go after the coveted Spirit Beast. I patrolled his spawn points half-hoping I wouldn’t find him, because I knew I couldn’t tame him yet. I was very curious though. 😉

The next day I logged in with my rested XP and went on a murderous rampage which got me to 76 pretty quick. I cruised around hoping to find Loque, but no luck. Due to the amount of Hunters in the area with the same intentions, I figured I’d just plop in one spot and wait it out. Normally this would suck big time, but Sholazar Basin is a skinner’s wet dream. 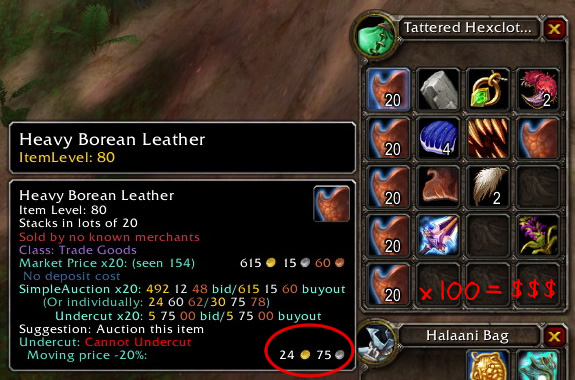 I stayed at the western-most spawn point for about 6 hours. I camped him at that location due to the proximity to the Nesingwary Camp where I had access to a mailbox, a vendor and repairs. I never saw Loque spawn, but I ended the evening with about 106 Heavy Borean Leather, 6 Arctic Fur, countless greens, and probably 200G worth of vendor trash. The Heavy Borean Leather go for around 25G a piece on my server. I sold a few, but ended up using more than half of them to level my LW 9 pts.

Another thing I did during my epic hunt was tame a Rhino. Personally, I don’t think Rhinos are all that. For PvE, nothing touches the gorilla. Stampede can be annoying if it takes your mob out of range while you’re casting steadies or Volley. Another thing I’d noticed, and this may be a bug with the SB Rhinos, but they have less hit points than any other pet. I was surprised when I tamed one and saw that it had several hundred fewer hit points than my ape with the same spec. 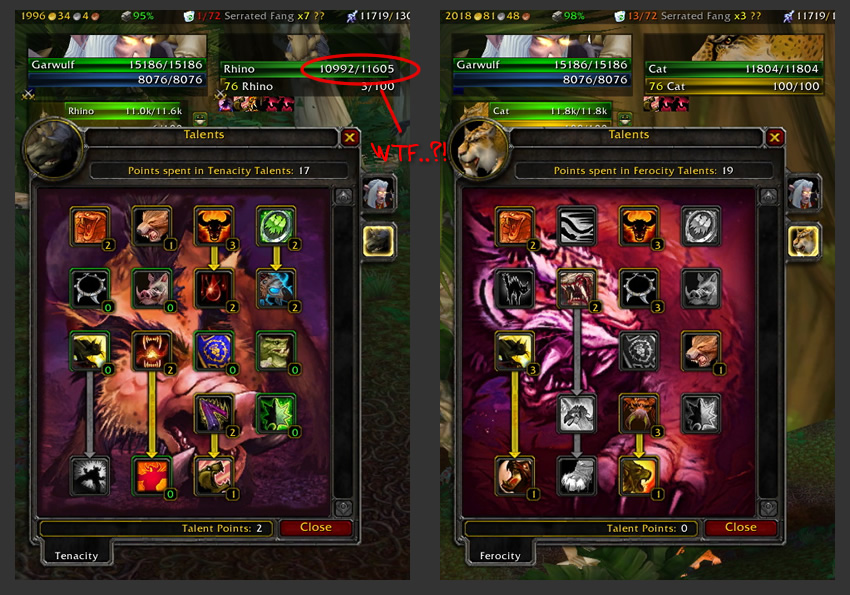 I tamed a cat and specced it 3/3 in improved stamina and it had more health than the Rhino. What’s up with that? To make sure I wasn’t on glue during this observation, I re-tamed a few more Rhinos just to compare. The end result was always the same. My conclusion… even if you are specced 51 deep in the Beast Mastery tree and need a PvE tanking pet, get a gorilla.

The next evening I started out circling the area and checking all of the spawn points for about an hour. I then went back to my previous camp spot and began the killing. After a few hours of this I needed a change of scenery, so I ventured out to the other spawn points hoping for a stroke of luck.

When I hit the northern-most location I about messed myself, as I saw two toons standing next to what looked like Loque’nahak. I’d never seen the pet in-game before., but indeed, there it was. It’s definitely a cool looking beastie. One of the characters was a Blood Elf Hunter who had tamed the Spirit Beast. I emoted a /cheer and then went on. About 90 mins later I headed back that way and the BE Hunter was still there with her pet. She even gloated by using Eyes of the Beast and having it run circles around me while I killed a couple of the birds below. :\

I’m not so sure that player got the pet that night, but rather was stationed there to insinuate that they did so other Hunters would give up for awhile. Reason being, there was another Horde Hunter who was covering the area quite frequently, and at least one other Horde toon (UD Rogue) camping another spawn location. I think they were either RL friends or guildies trying to help the other Hunter get the pet.

I decided to keep looking, assuming that the BE Hunter camped out there was a snow job. By the end of the night I never found Loque, but I did get a hell of a lot richer and leveled my Leatherworking to 435. 😉

I plan on hitting SB again tonight in hopes that I might be able to nab the Spirit Beast. Even if I don’t tame the pet tonight, I know I’ll at least have a lot more gold to play with.

On to Loque’nahak camp out: Day 3. 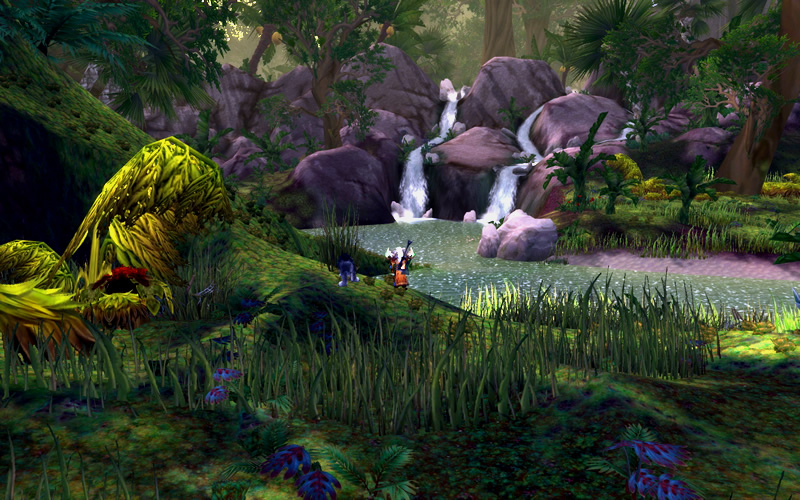 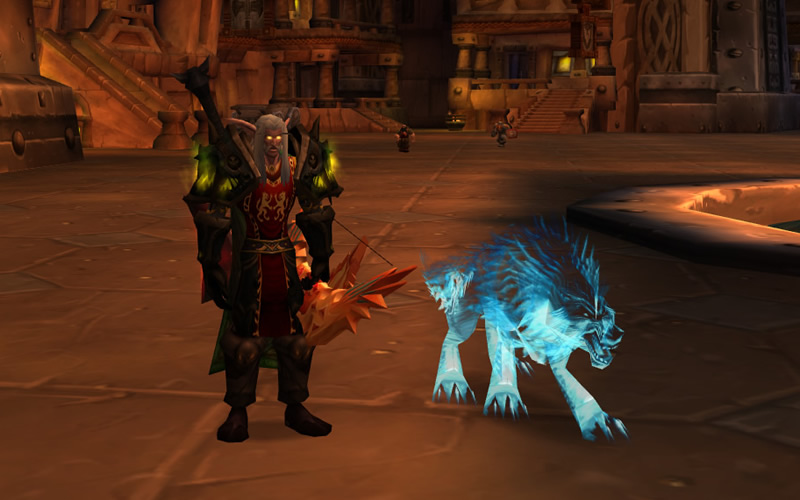 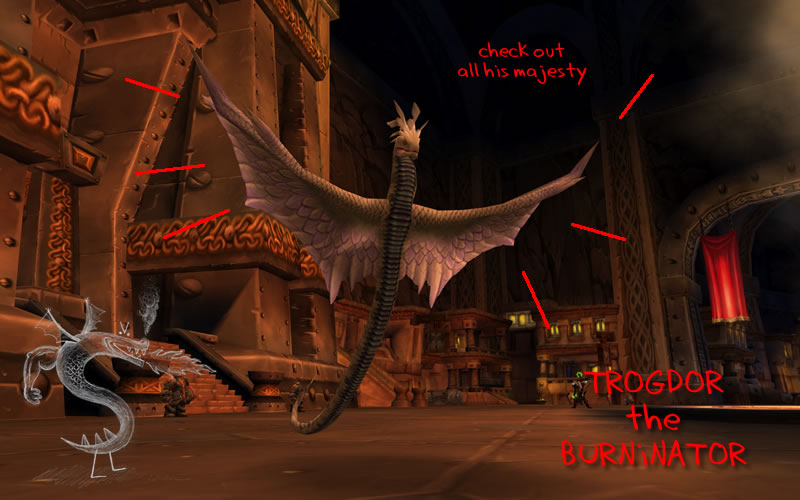 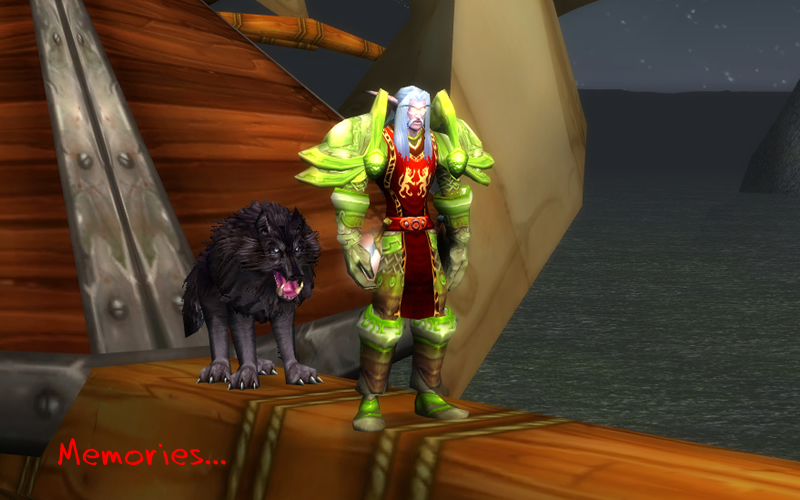