Hello readers! My name is Mousie, and I’m a dual specced Beast Master who PVEs. I theorycraft and plan my strategies ahead of time and usually top the charts. I hope to teach you Beast Masters out there how to maximize your DPS in a smart way, and maybe convince those of you who are skeptical of beast mastery that the spec isn’t so bad as everyone says.

I also have a not-so-secret addiction: rare pets. At the moment, I have all four spirit beasts and Aotona. Some may call me crazy, but what Beast Master hasn’t gone out of their way to tame a rare or uncommon spawn? Or, better yet, what hunter hasn’t? Pets are what separates hunters from all other classes (even warlocks – have you ever looked twice at a warlock’s demon?), and I couldn’t imagine myself playing without one by my side.

I’ll be providing in-depth information on both exotic and non-exotic rares. Where to get them, when to get them, how to get them, and my own personal experience taming them.

I hope to be of some type of help here, and hopefully add a new perspective to one of my favorite hunter blog sites. If ya have any questions at all, feel free to e-mail me or message me in-game (Mousie on Arygos). 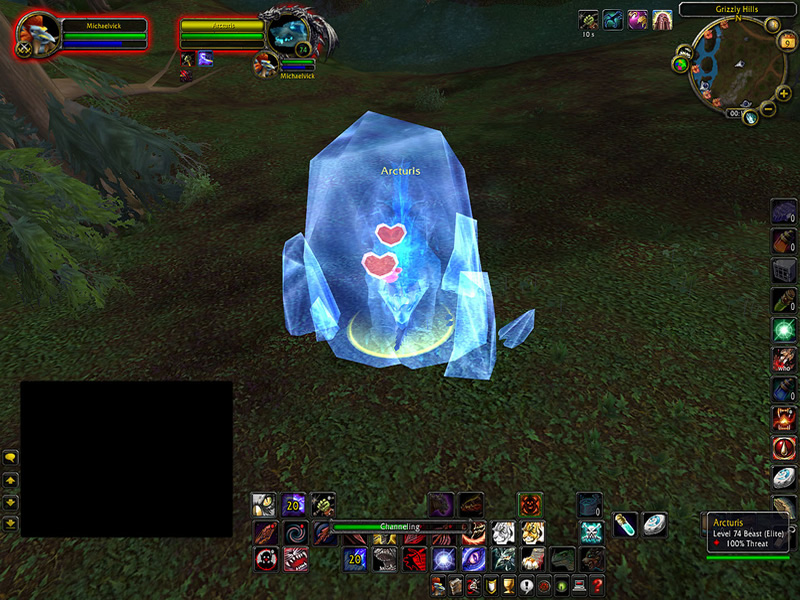 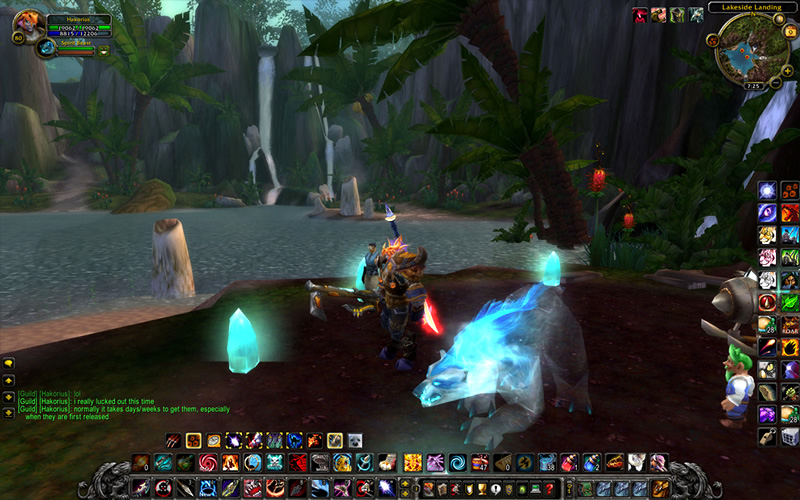 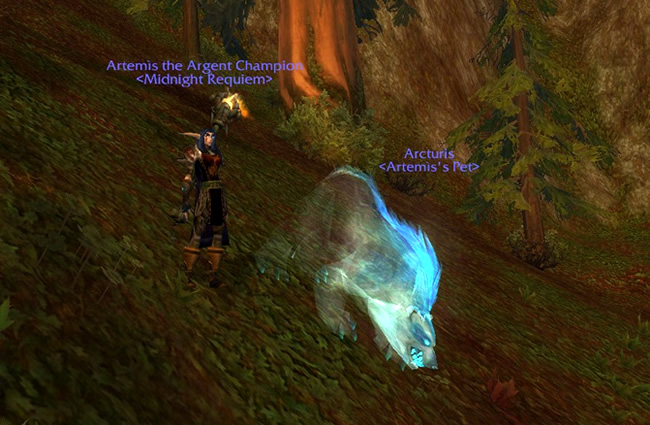 Arcturis just tamed and posing at his spawn location, courtesy of Artemis 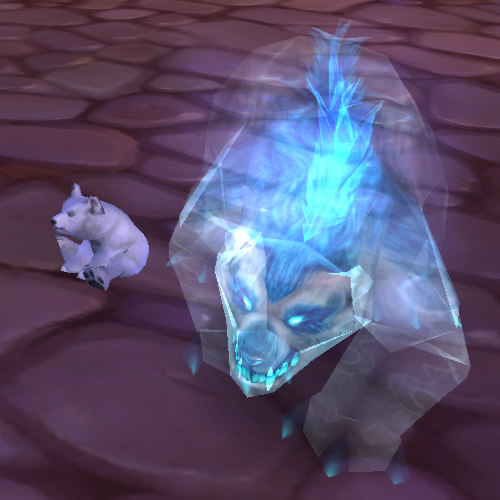 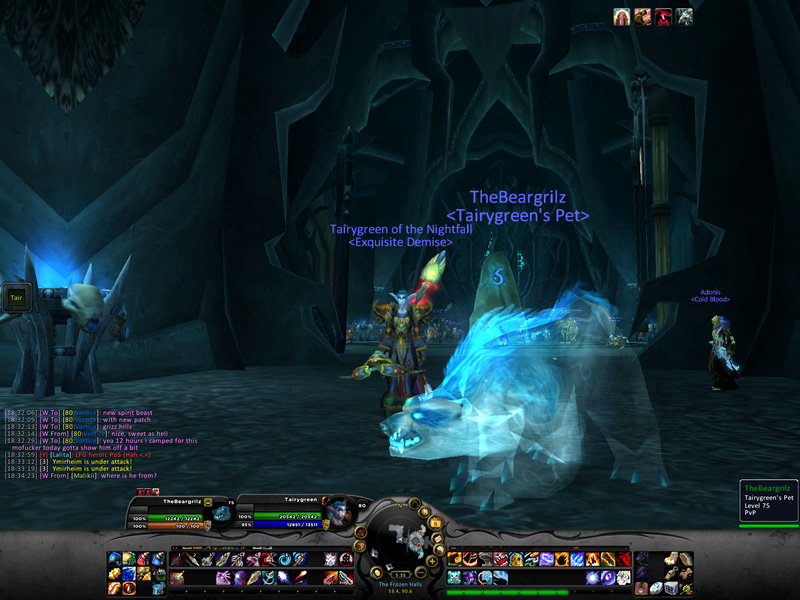 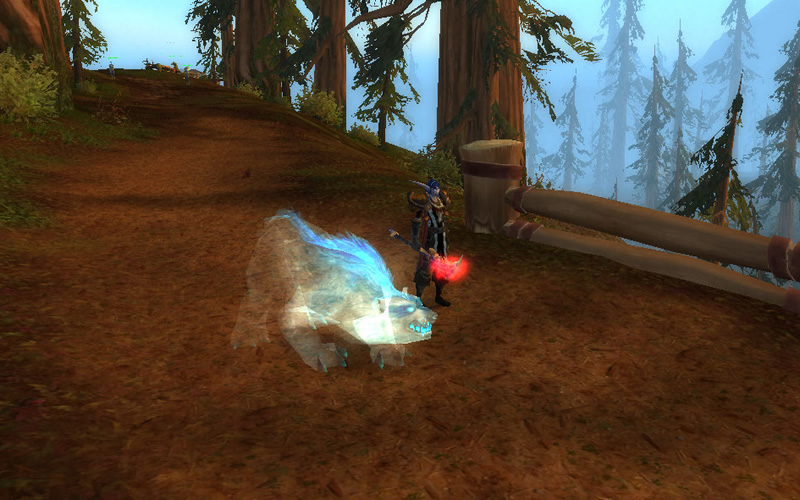 Why not get your very own Spirit Beast bear today! Read this to find out how. 😀 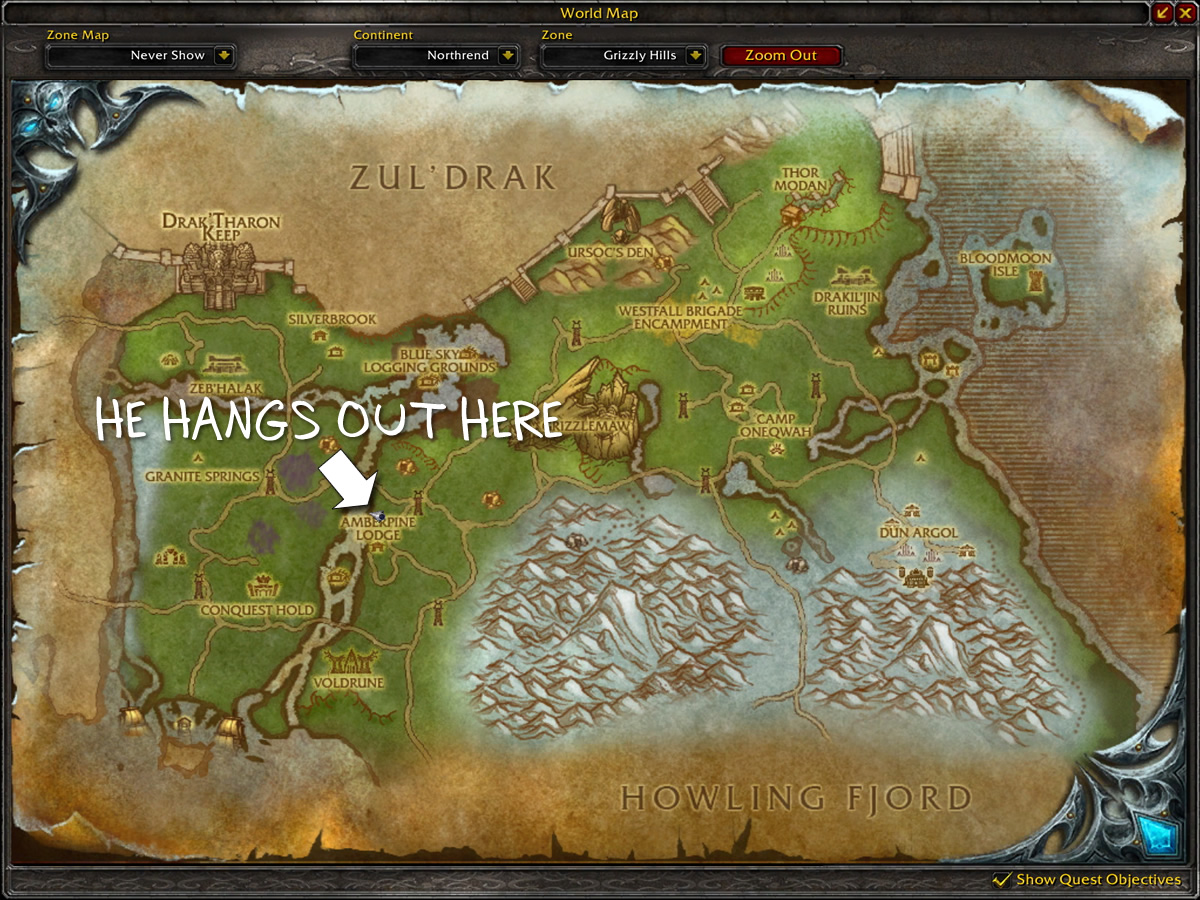 It seems as if my prediction was accurate. The new “Spectral Bear” model is in fact the next Spirit Beast and will be introduced in Patch 3.3.

“Arcturis” is a neutral level 74 Elite Spirit Beast that can be found on the Patch 3.3 PTR in Grizzly Hills. 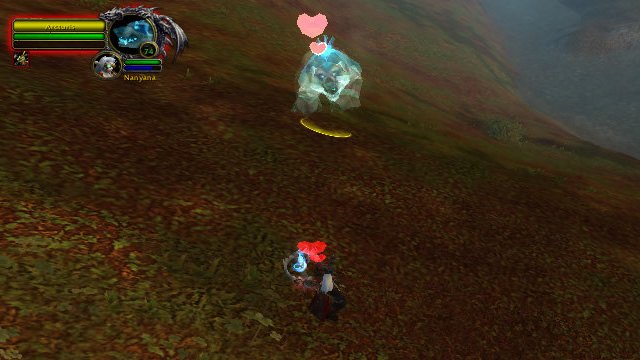 So far the only known spawn location is just north of Amberpine Lodge.

Head over to Mania’s site to view the original post from the Hunter who first discovered this new Spirit Beast on the PTR.

Nothing has been confirmed as of yet, but an image that was posted on MMO Champion today has caused myself and many others to go, Hmmm… 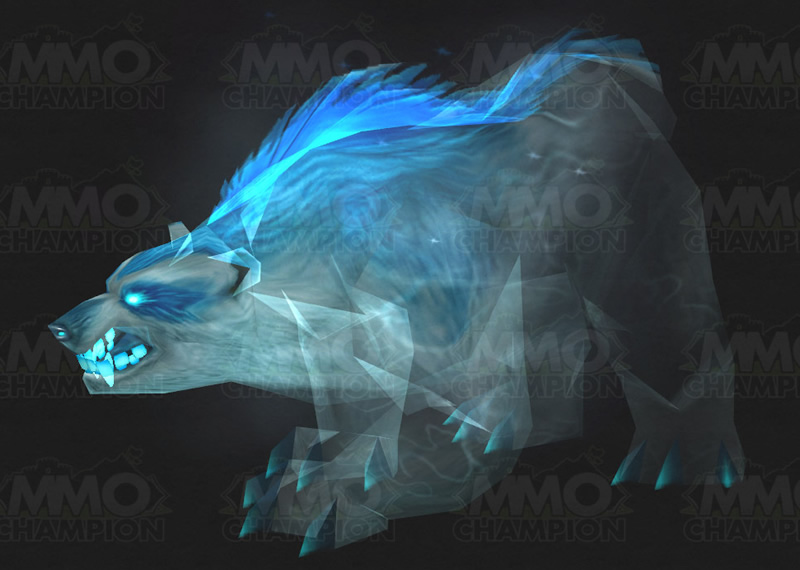 This was no doubt data-mined from the Patch 3.3 game files, so not much is really known at this time. I must say though, this new bear model looks very Spirit Beasty in nature. Both major content patches that have been added since Wrath of the Lich King have featured Spirit Beasts. Being that 3.3 is the third major content patch since WotLK’s release, it is quite probable that another one will be added.

With the introduction of Skoll in Patch 3.2, Blizzard did away with the notion that all Spirit Beasts must be cats. Bears are popular models and a likely candidate for a new Spirit Beast skin after cats and wolves.

The bear model has no saddle, indicating that it’s most likely not a mount.

It seems unlikely that it would be a non-combat pet, because it’s a full grown mature bear. A Non-combat pet would most likely be a spectral bear cub.

The bear model is sort of a bear and Druid Bear Form hybrid, unlike any current bear model that I’ve seen in the game.

It just looks like a f**king Spirit Beast. ‘Nuff said.

So if it is in fact the new Spirit Beast, in which zone do you think it will spawn? If I had to guess, I’d say Grizzly Hills of course, but who knows… it could be anywhere. Dragonblight and Howling Fjord also have bears, as do Zul’Drak and Storm Peaks. I doubt that Zul’Drak or Storm Peaks would feature another Spirit Beast though.

I suspect we’ll know one way or another in the next few days whether or not this is a new Spirit Beast. In the meantime, if any of you on the PTR are able to confirm these suspicions, please forward me a screenshot and I’ll gladly post it.