I am pleased to announce that Apple elected to end my frustration by providing me with a brand new imac. 😀

Apple finally conceded and determined that my imac was a lemon apparently. Very good call in my opinion.

Now I have me a brand spankin’ new imac with double the HD space (1 TB Yay!) and iLife ’09. So far it’s running like a champ and is noticeably more responsive than my previous imac.

Apple is back on my good side. 😀

A couple things I need to address though.. the new imacs come with the standard Apple keyboard as opposed to the one with the numeric keypad and additional keys like I’d had before. For those of you unfamiliar with the Apple keyboards, they are sexy as hell, but take some getting used to. They are super low profile, the keys are very shallow and some of them are quite tiny, like the F keys for instance.

I had gotten pretty well acquainted with my old kb, but this one may be in need of replacement. It’s form factor is awesome, the footprint is incredibly small (measures only 4.5″ x 11″ and just under 3/4″ high), but it’s almost too basic. I not only miss the numeric keypad, but I’ve been constantly looking for my page up and down keys. :\

Rather than drop $49 for another keyboard like my previous one, I’m thinking of picking up a 3rd party keyboard with more features. I’m really interested in the Logitech G19, but the price is a bit steep at $199. Before I made the switch to mac, I was using one of the older G15 models (w/ the 18 macro keys) which I really loved. If I could check one out in person I’m sure I’d be able to make a decision, but no stores around here carry them.

Secondly, Apple recommended against the 3rd party mouse driver that I was using for my Logitech G5. I wasn’t crazy about the driver anyway, but they said it can attribute to typing lag which is something I had been experiencing before. Unfortunately, the G5 has no drivers for the mac.

Right now I’m eyeballing the Razer DeathAdder. One of my WoW buds, and fellow mac user, just bought one and gives it high praise, so I think that’s where I’m headed.

Time to bust out that Amazon gift card I got for my birthday. 😀

Anyway, I am excited to be back in the mix. 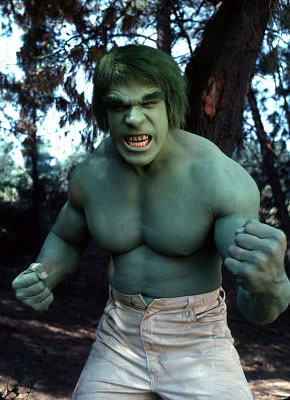 So I just picked up my imac from the Apple Store, brought it home, plugged it in, then what did I see…? Nothing but a black screen. Hmmm…

It made the usual sounds when firing up, it’s just that the screen never came on. 😕  I then proceeded to shut it down and then restart it. A few seconds later… bam! …it’s working again. In fact, the system seemed to be performing faster than it had before, which would make perfect sense if the logic board had been faulty before the repair.

About ten minutes go by and pretty soon I hear what sounds like someone outside operating a leaf blower. Then I realize the noise is coming from my previously whisper-quiet imac!

I then open up my system preferences and see that the fans are running at 4x the normal speed. The default is 1500 rpm, however they were running as high as 5800 rpm by the time I shut the system down. I had them set at 1800 rpm, but they were in runaway mode. Fearing a serious blowout, I quickly shut the machine off and went for the phone.

I first tried contacting an Apple Genius at the store that’s had it for the past five days, which I’d also just driven 50 minutes round trip to pick it up from. As you may have guessed… no luck there. They took my number and informed me that an Apple Genius would return my call as soon as possible.

I then phoned AppleCare and the technician had me reset the PRAM, which is one of the basic troubleshooting steps for us mac users. So far so good, but I’m still anxiously awaiting a return phone call from an Apple Genius who hopefully can shed a little more light on why those problems may have occurred.

2.5 hours later and still no response from a Genius.

I gotta tell ya folks… I am not the biggest Apple fan at the moment, and here’s why…

After purchasing this computer just over 12 months ago, I have:

Considering the computer is barely over one year old and cost me over $2,600US with tax and extended warranty coverage, doesn’t all of that seem a bit excessive..?!

One would think that after having essentially the entire computer replaced within a year’s time, any further hardware problems would result in the issuance of a new computer. Nope. I’ve already tried heading down that road. Apple will gladly replace up to three logic boards, which consists of six trips to the Apple Store and 10-15 business days without your computer, before they will even consider a replacement. How on earth they can deem that an acceptable service policy I will never understand.

I had always viewed Apple as a step up from PC, and felt that the several hundred extra dollars they charge you for a computer translated into increased stability and reliability. Ha!

So anyway, yeah… I’m a little bit pissed. Could you tell?

Alright… enough of all this Apple BS bullcrap. Provided my computer remains stable, I intend on doing some heavy updating within the next week or so. Lots of good stuff on the way for HuntsmansLodge.com – I promise. 😀

For the second time within the past year, my incredibly sleek, stylish, fast, and supposedly virus-free, 24″ 3.0GHZ Intel imac has taken a crap on me.

The first time it died was due to a hard drive failure within six weeks of purchasing it. Needless to say I was more than a little bit pissed.

This time it’s the Logic Board and graphics card that are being replaced. From what I understand, that’s basically the entire computer aside from the power supply, RAM, and hard drive (which has already been replaced once). Beginning late last week, my computer started crashing intermittently, then eventually with frequency and regularity.

Lucky for me, I paid the $169 peace of mind fee for AppleCare when I bought my new imac. I really didn’t think I’d “need” an extended warranty though, since Apple makes such *cough* quality products.

While my “bad Apple” hasn’t completely soured me on the company as a whole, I am starting to see through their smoke and mirrors ad campaigns. Truth be told, I feel they’ve probably cut back on quality control and manufacturing costs in order to better bolster their smear campaign against Microsoft.

As far as the operating systems go, I think OSX is brilliant, but the quality of their hardware leaves something to be desired. I was fooled into thinking that the carefully assembled advanced electronics, housed within the svelte aluminum and glass chassis, were worth the several hundred extra dollars I’d spent. Pffft..!

The worst part is… you can’t even work on these things without highly specialized tools, a hazmat suit, and a purified airtight chamber to complete the repairs. While under warranty, all macs must be taken to an official Apple Store for service, where they never have the parts in stock.

Anyway, I should hopefully have my computer back on Friday of this week. The Apple Genius couldn’t promise it’d be ready any earlier than that because they were inundated with iPhone 3GS repairs.

Although my Apple product is a little lacking, I will stand by their support. Everyone I’ve spoke with at AppleCare, along with the techs at the Apple Store, have all been very courteous and helpful. But then again… if your products are problematic, then you sure as hell better have superior customer care. 😉

I’ll be poking around the internets on my wife’s PC, keeping up on WoW and Hunter class related news, but I’ll be taking a week long sabbatical from Azeroth until my computer gets sorted out.

I still need to seek out a few new macros and add some new abilities to my keybinds, but I figured I’d post the setup I currently use. I have a zillion keybinds it seems, yet I still need to find room for a few more. 😐 In my opinion, Hunters have it pretty rough in that department. In PvP anyway, we have dozens upon dozens of skills and abilities we need to use at a moment’s notice. I don’t see how anyone could play a successful Hunter as a clicker.

I still have yet to find a place for Freezing Arrow and Master’s Call. It’s time for me to get serious and abandon the leveling setup in favor of one that’s more conducive to ass-kickery. 😉

Let me bore you with a few background details first off… 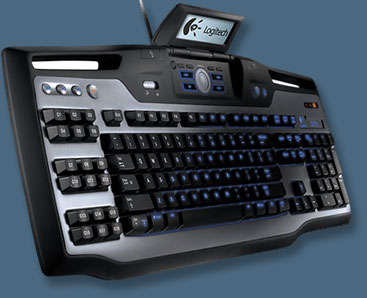 I “upgraded” to a mac from a Windows PC (LOL) this past summer and I play on one of those nifty aluminum imac keyboards. It takes some getting used to, but it feels very nice once you adapt to it. Prior to getting my new imac, I was on a custom built PC using a Logitech G15 keyboard. For those unfamiliar with the G15, it has 18 additional keys which you can assign macros to. The keyboard is absolutely incredible and offers somewhat of an advantage over other keyboards. If you play on a Windows machine, I highly recommend looking into one.

Initially I used the G15 on my mac, but then I later dumped the Windows partition therefore dropping the G15 support. I grew tired of rebooting back and forth between OSs and also having this beautiful and elegant new keyboard just gathering dust (the almunium imac keyboards are very sexy). The hard part of switching back to a regular keyboard (aside from the vastly different feel), was re-assigning all 18 G15 macros and keybinds. I still have some work to do with my UI, macros, and keybinds, but here’s what I’m using currently:

This is my Primary Action Bar

The secondary skills I’ve assigned to my F keys

The rest of my keybinds are the default ones. Like I said, I still have a few skills to bind, as well as macro in. I just need to get around to it. I also need to find out why my old modifier key macros are not working. All in due time.

I’d love to hear some comments, criticisms and suggestions from other Hunters. Macro update is coming soon… I just need to pore through the Arena Junkies forums some more.