Hopefully those of you still using my UI comp have been able to keep the addons updated and things running smoothly, but for those of you waiting on me to update things so you can try it out, I’m getting close to uploading it. There were some annoyances I needed to smooth out, addons to replace, etc…but I feel this configuration is pretty usable and stable now.

This screenshot doesn’t reveal much, but I’ve kept things very minimalist, yet I’ve added some extra stuff in this latest iteration. I also included an old school touch to the UI by incorporating some Blizzard textures. After fussing with ElvUI for a few days, I did this in revolt to the absurdly minimalist displays that some of the UI replacement packages leave you with. I’m all about having a large uncluttered world view, with things positioned where I want them, but this is World of Warcraft, and not some techie sci-fi romp. I actually like the feel of the traditional artwork and textures, and how they add to the ambiance of the game. 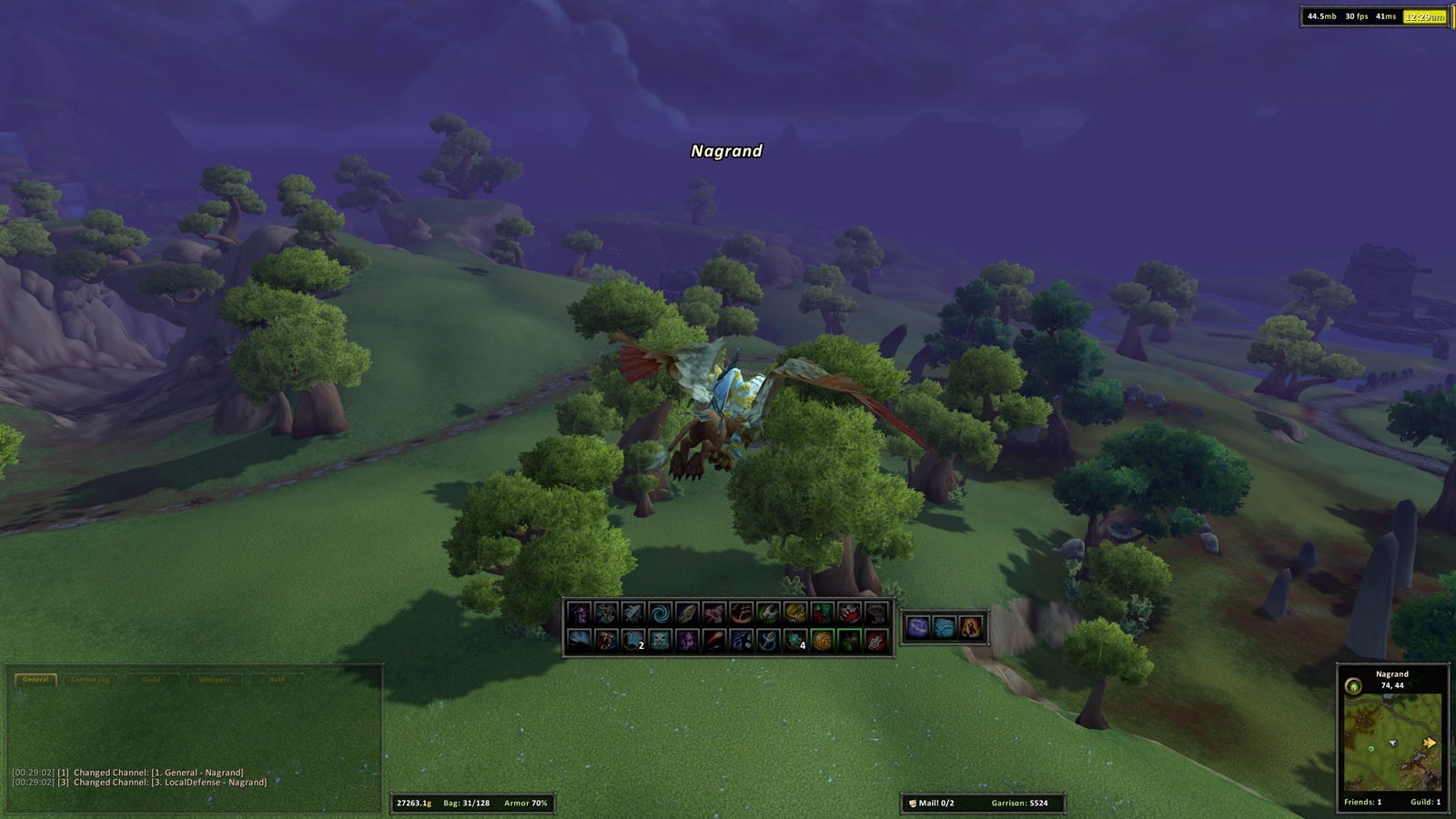 This design compliments the default look of the game’s UI while having all of the advantages and goodness that a custom UI provides. Some players go out of their way to strip every single bit of Blizzard artwork from their gaming experience. This time around I’ve decided to embrace it.

In my opinion, this is the best version of my UI I’ve done. I’m anxious to see how you guys like. 🙂

…your followers complete a Highmaul mission with a 62% chance of success, returning with some fancy new gloves. 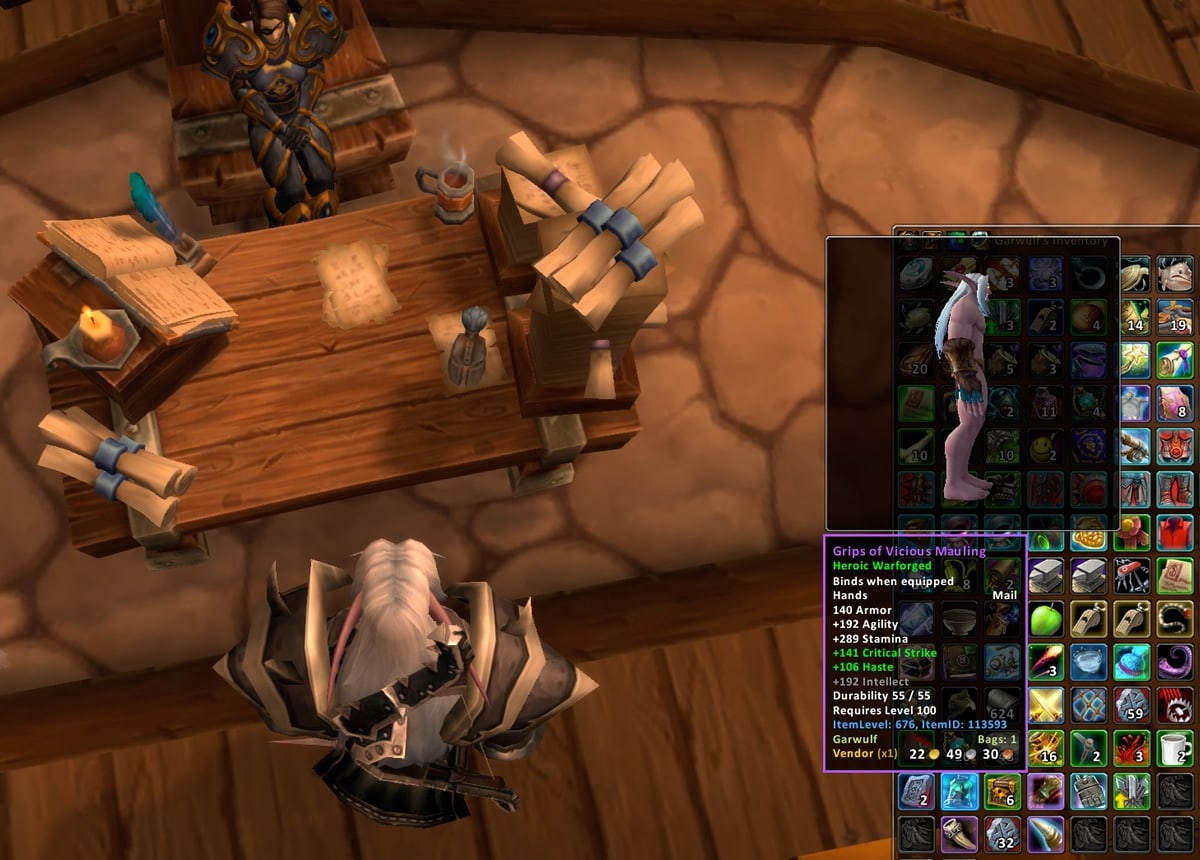 The value of Multistrike through the eyes of a Marksman

As I started researching secondary stats for Hunters, I kept seeing Multistrike pop up as the number one secondary stat on various websites. At first glance, it doesn’t appear to really do a whole lot more in terms of DPS based on the tooltip. I decided to do some research and see what exactly all the fuss was about, and try to determine for myself what its effect was on my DPS and damage.

Hunters have a soft crit cap at 43% for Warlords of Draenor bosses, which means our Aimed Shots (as Marksmanship) will have a 100% crit chance on raid bosses (through Careful Aim) during the first part of fights while they are above 80% health. After you get 43%, there is no reason to stack any more crit. You can consult your paper doll to see where you are at. It helps to look when you are fully buffed (not including random procs) to see exactly where you stand when you enter a raid.

Initially I liked Mastery as a secondary stat, until I saw that we needed 220 mastery rating per percentage, which is just too much to justify front-loading (BM only needs 55 rating per percentage though, which is crazy). Additionally, versatility requiring 130 per damage increase percentage is also too much to justify front-loading. Again, just too much per point to really make me want to put a lot of it into my gear choices.

Your Multistrike percentage will increase by 1% for every 66 Multi-strike rating you have at level 100, which seems very reasonable in terms of being able to actually acquire a few percentage points early on after hitting level 100, and likely you’ll already have 5% or more  as soon as you reach level 100.

The tooltip in game reads “Grants two XX% chances to deliver extra attacks or heals for 30.00% of normal value on each target.” It doesn’t specify what the damage is based on, or how exactly it works, so you can see why I was initially confused. I also had no easy way of seeing when my attacks were actually multi-striking in the middle of fights to tell what was actually happening (I also wasn’t really trying to watch for it until very recently).

After a bit of combat log reading, and just kind of watching for it, it turns out that Multistrike works on every source of damage you put out. It was even proccing on the ticks from Murder of Crows, which I wasn’t expecting. So for a bit of quick math, if my basic shot hits for 6,000 damage (with no other considerations), my Multistrike procs will hit for 1800. If both chances happen to hit on one hit, my total damage for that shot will be 9600, which is effectively a 60% damage increase for that one shot. Not too shabby.

As with any theory-crafting, you have to weigh the ups and downs of prioritizing any secondary stat, and in Warlords of Draenor it’s no different. Marksmanship has always been a crit-heavy specialization, relying on heavy hits from the Hunter and less from the pet, so prioritizing crit until you reach the soft cap is still priority number one in my opinion. Double damage from an attack outweighs two extra chances to do 30% more damage from your attacks. With the Lone Wolf talent, this puts the Hunter’s damage at the forefront completely since you will not have a pet out at all in raids.

For those that are just hitting 100 and are wondering where to get some Multistrike for your gear choices or upgrades, here are some easy to access options without having to delve into end game content.

Apart from my vanilla PvP set (which is essentially an instant mog makeover), I haven’t ever farmed a transmog set for Garwulf…until now.

Anyway, see what you think of my current raidwear… 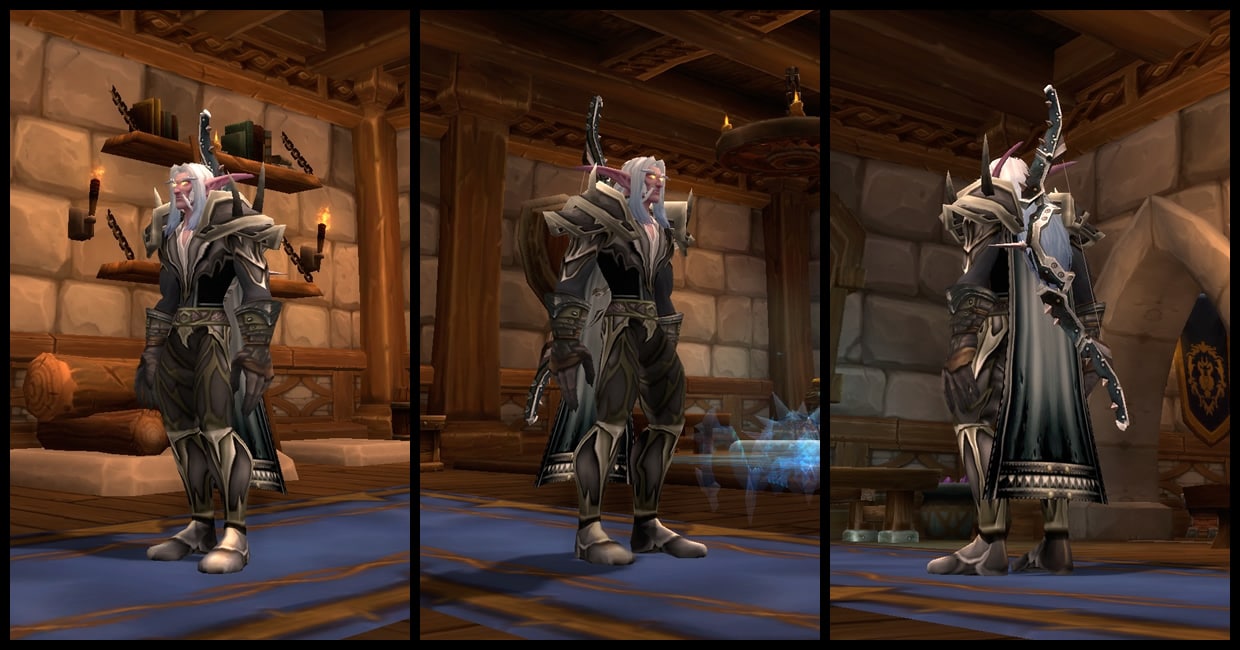 Those of you who are like…wtf…why are you posting this transmog fluff and not talking about huntering in WoD..?! Truth is…I’ve been enjoying the expansion all too much. 😉 Not since TBC have I enjoyed the game this much.

I’ve got a few topics I’d like to discuss, so I’ll try to be back soon. In the meantime…I’m still active, I’m working on some updates, and I shall return! 🙂

After only a few short weeks, I’m back into end-game content, running through Heroics and dabbling a little in Highmaul. The road to get there is more challenging than it has ever been in the past, from what I can remember. Getting there was a good refresher on playing as a hunter, and it helped me in getting back on my feet after my long hiatus from WoW. Raiding has always been my favorite aspect of the game, and I really am glad to be getting back into that aspect so quickly.

Now, if you are running with a premade group, a lot of this will not apply, but from a LFG perspective it will provide what you can expect to have to do before being able to run into heroics, and ultimately into the end-game raids that are currently available.

First off, your primary objective should be getting to level 100 so you have your final abilities, level 100 talent, and everything available to you class-wise. It’s worthwhile to run dungeons and instances while leveling up, but know that the gear you get will quickly be replaced by quest gear or crafted gear.

There is something to be said about knowing the boss fights before you hit 100 and start doing heroics, so you might consider searching for some instance guides or checking out some YouTube videos so that you can familiarize yourself with the fight mechanics.

If you take a look at the LFG panel, you can see what the Gear Score requirement is for Heroics. With a modest 610 requirement, it feels like it’s in the right place, though 615 or 620 might have been better for pacing in the long run, and would have given folks more reason to run the non-heroic dungeons first. Keep in mind that your gear score is based on what you are wearing AND what you have in your inventory. While I don’t feel this makes a lot of sense, it allows you to do things to get around the requirement without actually being geared appropriately.

As it stands, I was able to reach 608 personally by crafting my engineering Gun and Helm, and including what I had acquired via quests. 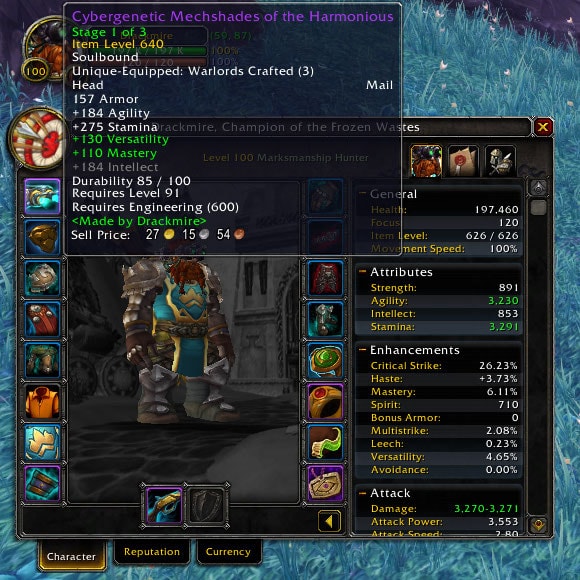 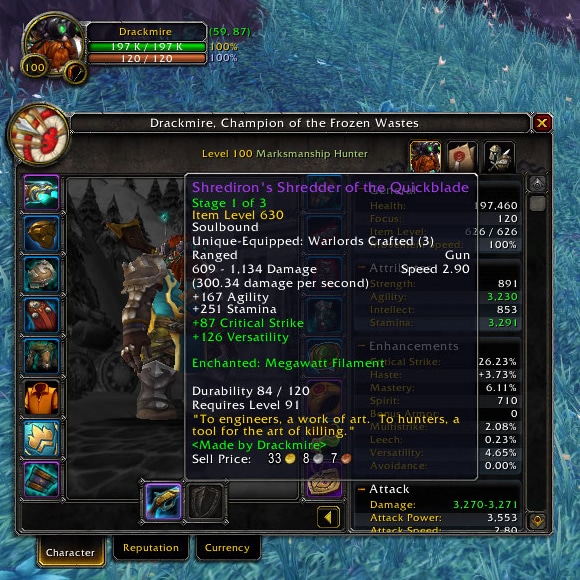 Finally, with the completion of the first part of the Legendary quest to get my iLVL 640 ring, I was able to push it over 610 and unlock the heroics. That being said, I did run normal Skyreach before hopping into heroics in order to finish the quest.

So having finally reached the gear requirement, I went to hop into a heroic and get the fun started, only I still wasn’t able to queue for them. So I rechecked everything, and went back to the LFG panel and noticed that there were still locks on the Heroic dungeons. Much to my chagrin, there was yet another requirement to get into Heroics. I had to complete one of the silver proving grounds tests.

In an interesting twist from Blizzard, they actually expect you to go through something that might make you a better player at your class! 😉