I wanted to make a quick announcement letting you know that I pasted my current Power Auras sets last week. The individual Power Auras strings still need updating, but if you wish to try any of my PA’s, just import my entire sets and mess around with them from there.

I’ve trimmed down the Power Auras that I’m using, but I’ve left any and all PA’s in the sets so others may try them out to see if they like them. Just be sure to enable them for either or both specs, or else they won’t activate.

Visit this page and scroll down to where it says My Entire Set of Power Auras, then follow the instructions below…

To try out my Power Auras: 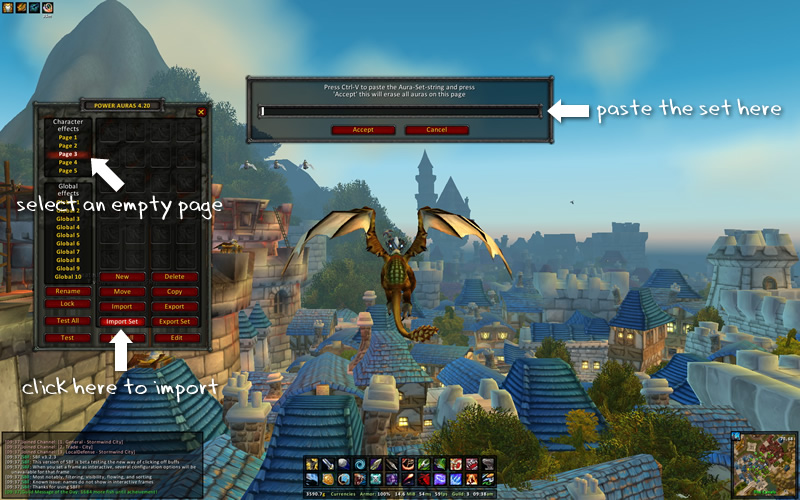 Like I said, just play around with the individual auras once you’ve imported the sets. For the ones you don’t want to use: make sure the unwanted aura is selected, then hold down the ctrl key and click the Delete button.

Here’s a screenshot of all my auras in test mode… 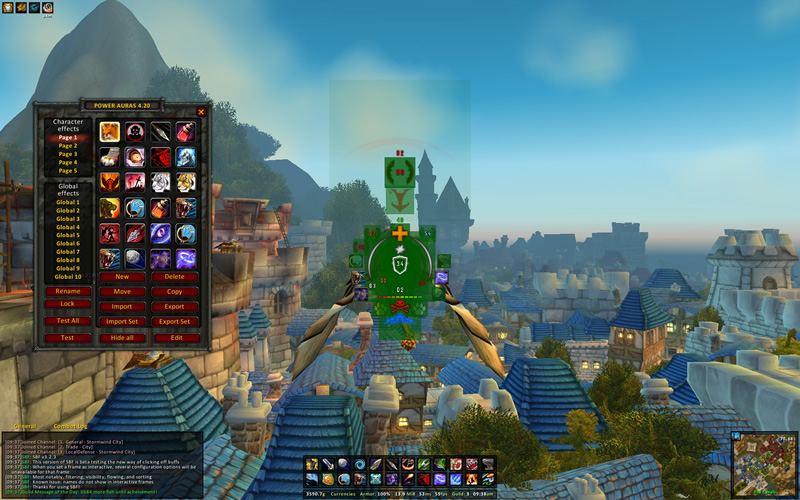 As I said, I don’t use all of them, but I’ve left in all of the auras I’ve configured since The Shattering – so others may try them out. 🙂

For those of you unfamiliar with the addon, Power Auras is a heads-up-display type of notification addon. This post is a bit old, but the basic idea still applies. Read it for more info.

Also, the green boxes around the auras do not appear while playing, so don’t be put off by them. 😉

If you want to try the addon, you can get it here: Power Auras