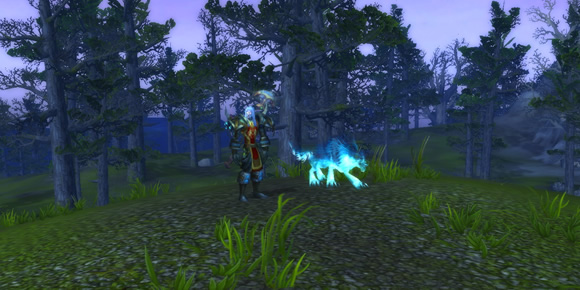 Karoma is one of two new Spirit Beasts introduced in Cataclysm — the other being Ghostcrawler. His model is that of a spectral wolf — exactly the same as the legendary, and no longer tamable, Grimtotem Spirit Guide.

Since the ghost wolf was perhaps one of the rarest and most treasured hunter pets… ever… I think Blizzard added Karoma to appease the masses. Rather than limit proud ghost wolf owners to the select few who managed the difficult tame before the hotifx, Blizzard thought it would be neat if every hunter could have one.

Although it was sorta nice having a super rare pet, I’m fine with the ghost wolf model becoming more common. In fact, it’s kind of nice. I don’t have to answer nearly as many tells anymore, with players asking me where I got my pet, then having to explain to them that the wolf is no longer tamable. Most players just assume my ghost wolf is Karoma, aside from the rare few who know differently — recognizing that I’m in my Survival spec. 😉

Karoma is a Spirit Beast, i.e., exotic pet, which means only Beast Masters can use him. My ghost wolf, on the other hand, is not exotic — therefore I can use him while in MM or SV spec.

At any rate… if you’re a Beast Mastery specced hunter with a penchant for wolves — especially the ghostly variety — then you’re going to want Karoma. He is a very nice looking pet.

Karoma possesses the same abilities as that of the other Spirit Beasts:

Karoma can be found roaming in one of six areas within the Twilight Highlands. 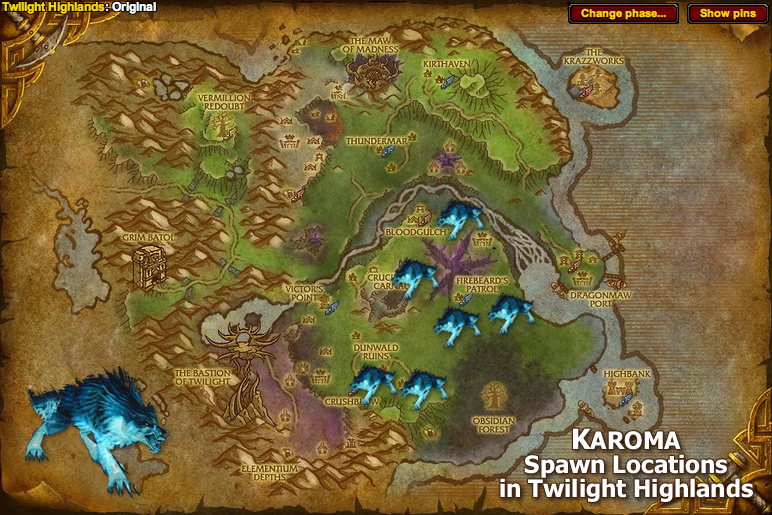 When I came across Karoma, I was flying over his southwest spawn location – just NE of Crushblow. 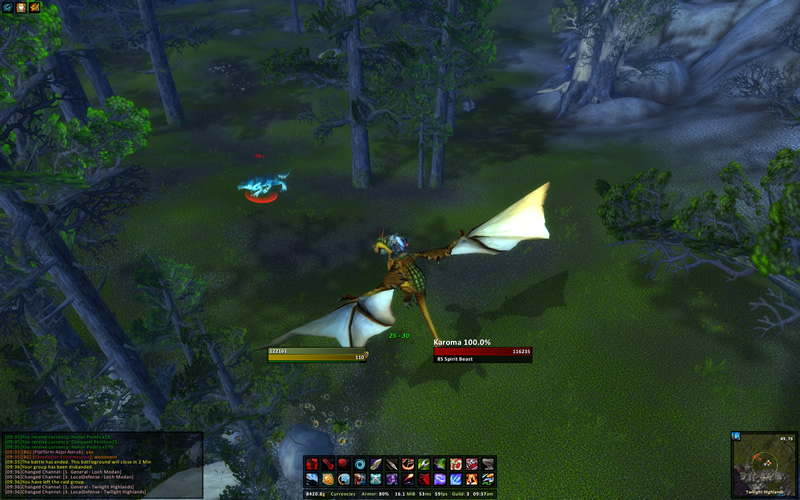 When looking for him, it’s helpful to use an addon like NPCScan or Silver Dragon, but you can also do it the old fashioned way — the way I did it. Fly through his spawn areas, as indicated on the map above, spamming a macro with this in it:

If Karoma’s within targeting range, you’ll see his portrait pop up.

Karoma has the distinction of being the only hostile Spirit Beast, which means he’ll show on your minimap as a red dot – and – he will attack you once you’re within his aggro radius.

I wasn’t hell bent on taming Karoma, but I did look for him on occasion. Considering I hadn’t seen him out during a few dozen prior patrols through the Twilight Highlands, I’d say he’s fairly difficult to find. Given that he has a pretty coveted pet model, along with the fact that the Twilight Highlands can be pretty high traffic — finding Karoma before another hunter tames him, or another player kills him, can require some luck.

Anyhow… I was making my rounds through the Twilight Highlands, passing through Karoma’s spawn locations and spamming my target macro, when…BAM! I targeted him. 🙂 Luckily for me, there weren’t any hunters nearby, or any other spoil-sport players to worry about either.

I landed, dropped a Freezing Trap and began the tame. Karoma resisted the trap and leapt right through it, but he doesn’t hit terribly hard (unlike Ghostcrawler), so that wasn’t much of an issue. 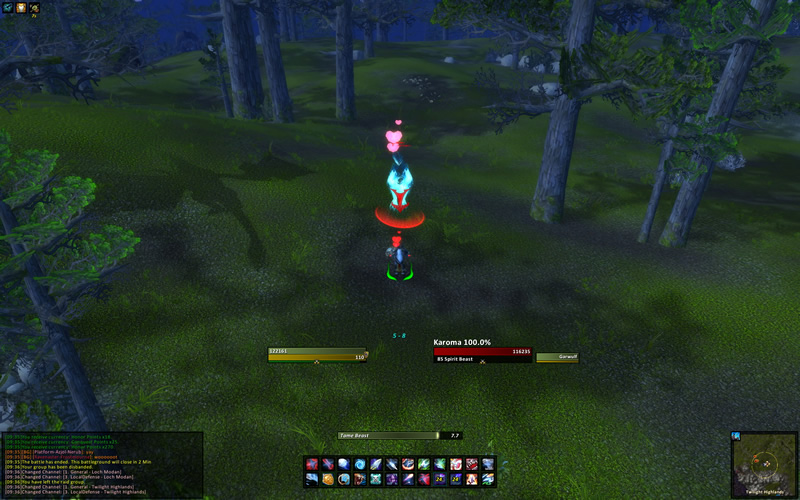 Within a few seconds I had my fifth Spirit Beast! 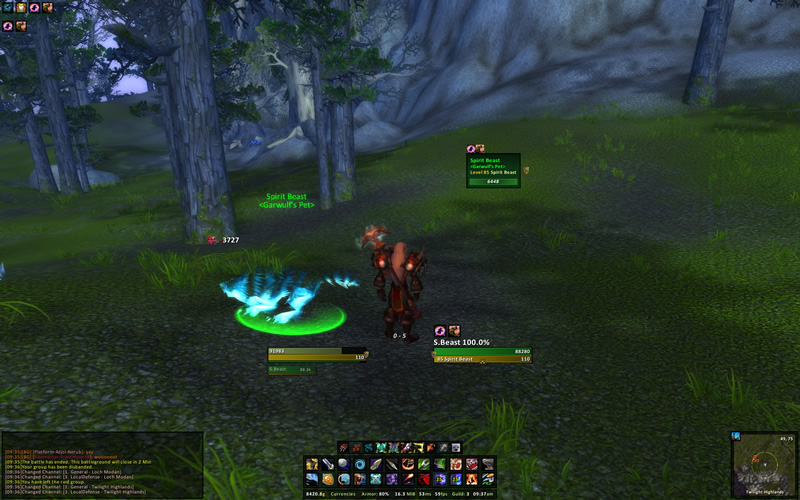 It’s not like I needed a fifth Spirit Beast, but hey… why not..?!

Best of luck to those of you looking to add Karoma to your hunter pet collection. 🙂