Madexx, the rare scorpid found in Uldum, is perhaps one of the most sought after, yet difficult-to-obtain hunter pets in all of Cataclysm. I’ve been looking for him off and on the past few months. Yesterday I happened to get lucky — he actually spawned right in front of me. 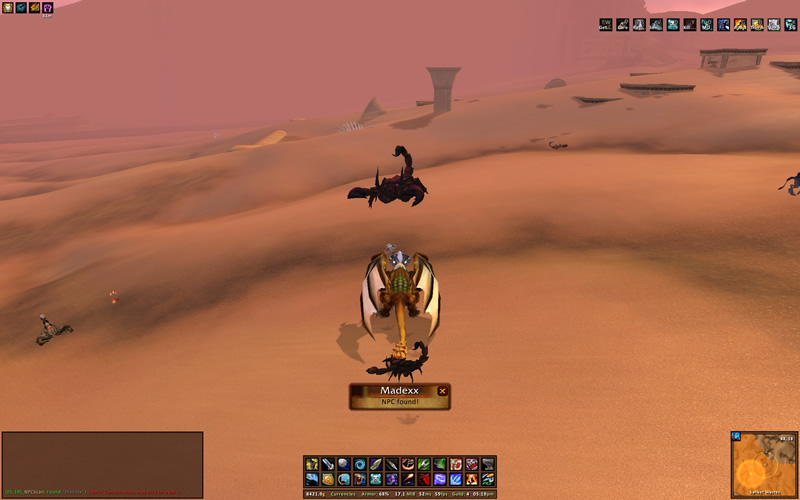 The reason it’s so hard for hunters to acquire this pet is because his spawn location is in a high traffic area. He spawns right near an archaeology dig site, plus this area is also a popular place for questing and farming leather. On top of that, players are always flying through Uldum looking for Camel Figurines, often passing right through Madexx’s ‘hood.

In addition to this… Madexx is freaking huge! If he’s up, there’s no way someone is going to miss him. He’s extremely easy to spot from land or air. He’s level 84 and not an elite, which means he’s pretty easy to kill.

Madexx is not an exotic pet, so he’s tamable by any hunter spec. He possesses the same abilities as that of other scorpids, including the nifty PvP ability, Clench (10 second disarm). He has the same model as the Venomscale Spitters and he matches the look of the new horde guild mount.

Alright. Well… what’s so cool about him..?

Madexx can spawn in one of five colors. If you’re a collector of sorts – or if you’re one of those hunters who likes to match their pet to their gear (looks at Niika and Abby) – then you’ll have fun looking for Madexx. He can spawn in: red, green, blue, black, or if you’re unlucky… brown. The reason brown is unlucky is because this model is identical to the common Venomscale Spitter. However, the black, red, green and blue versions are all unique skins.

Not that I’m down on brown, but you can just grab one of the common horde model scorpids in the area and save yourself the hassle. 😉

I happened to get the red version of Madexx. I can’t say I’m that partial to any of the colors, but if I could choose, I suppose I’d want the black one. At any rate, I just like hunting down these rare pets and Madexx was one I hadn’t come across yet, so he was on my “To Tame” list.

When I found him, I happened to be in the Sahket Wastes working on some of my macros. Anyway, I’m just standing there dinking around when all of a sudden NPCScan goes nutso and there in the distance is this gargantuan scorpion. 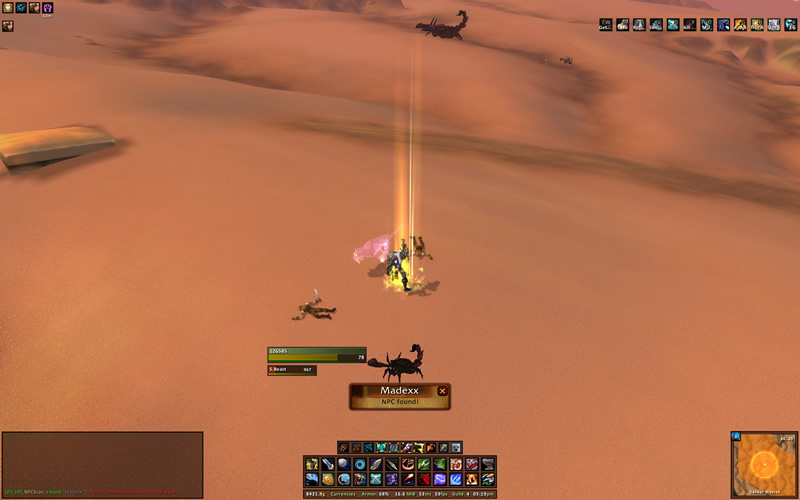 The tame was simple enough… launch a freezing trap on him, tame beast and done. 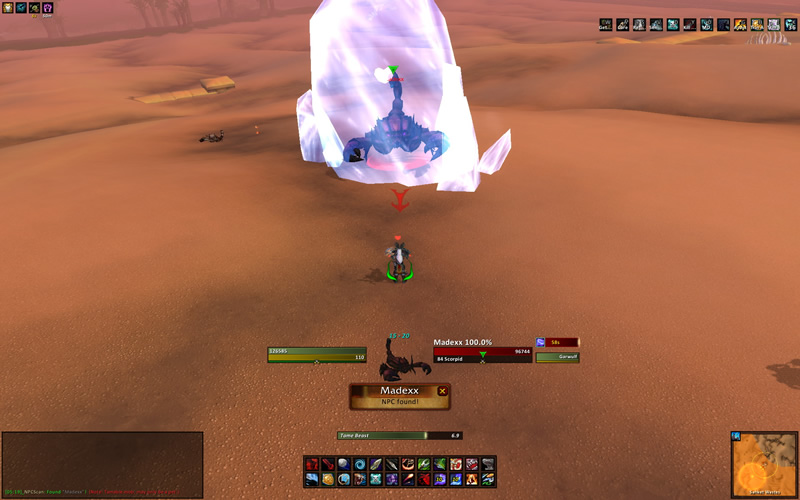 It was a bummer seeing him shrink so much though. 😉 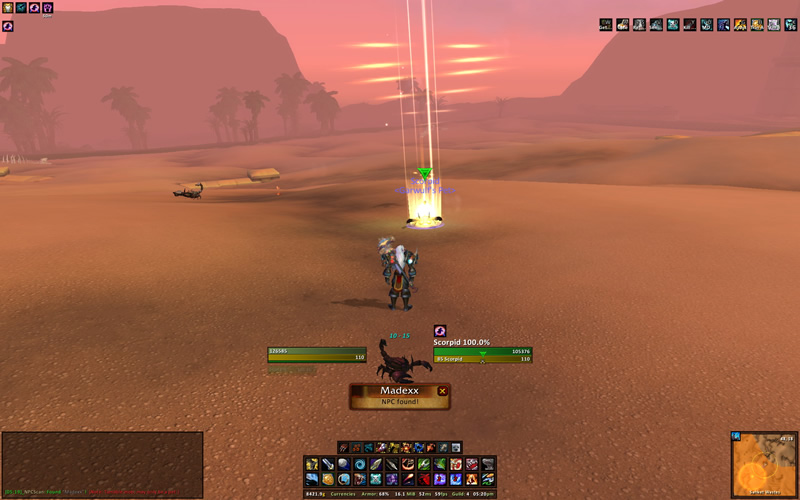 For those of you who want to add this nifty scorpid to your hunter pet collection, here’s a map indicating his spawn area. He’s located in the orange area that’s highlighted within the Sahket Wastes. The highlights are courtesy of NPCScan Overlay. 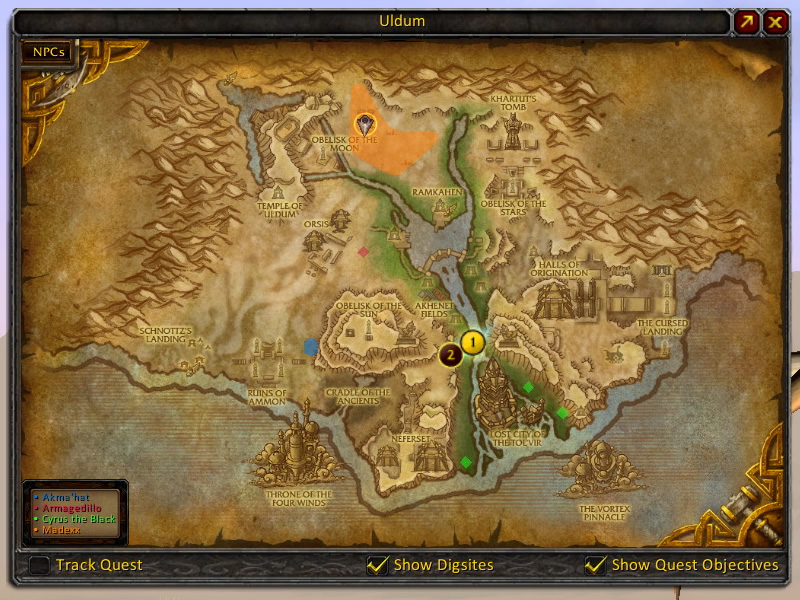 Those of you who are not using NPCScan – you definitely need to get it. Read this post for more on NPCScan, including info on where you can download it.

Well, hunters… good luck finding Madexx, and I hope you get the color you’re after!