Just as I was about to log off last night, I figured I’d take a trip to Loch Modan just to see if Ashtail was out roaming around. Well, not only was he out pathing about, but there wasn’t a soul there. This was the first time since the patch that I hadn’t encountered at least one or two other hunters out there camping him. 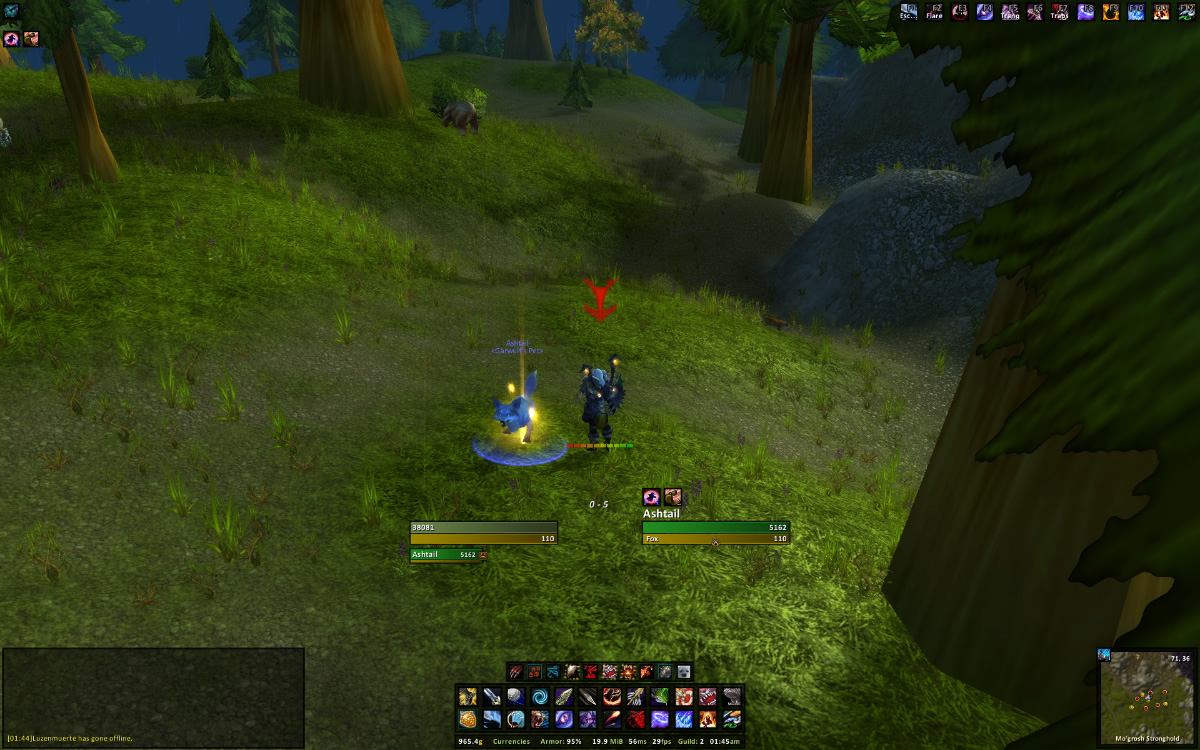 Ashtail patrols the area surrounding his icon on the map below. If you stand near the spot where his front left shoulder is on the map, you can pick him up once he pops with either NPCScan, or with a target macro. 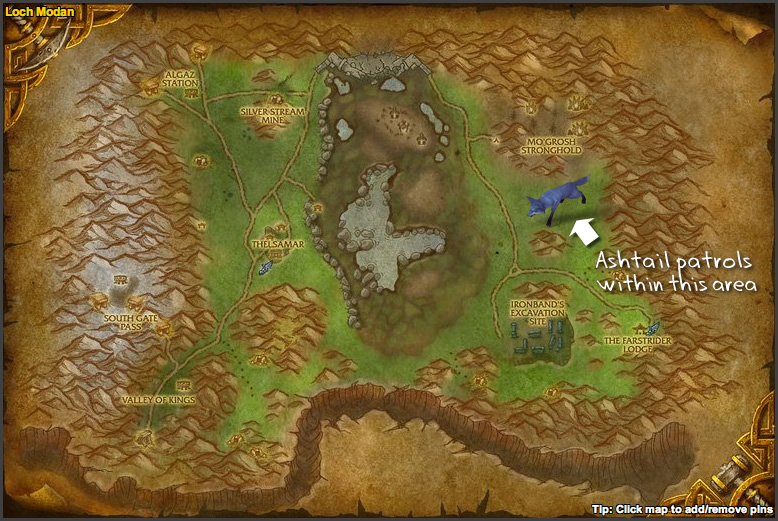 My NPCScan did not sound, which means it’s possible he may not be in the most recent update, as he was not in my cache either. Just in case he’s not been included within the latest version of NPCScan, his NPC ID is 45380 for those of you who want to manually add him.

His respawn timer is reported as being only one hour. Apart from the friendly (and some not-so-friendly) competition from other hunters, Ashtail’s one-hour respawn rate makes him arguably the easiest rare spawn camp in the game.

I first encountered him near the monument (graveyard..?) just south of the Mo’Grosh Stronghold (coordinates: 73,76) as he was patrolling towards the road to the west. 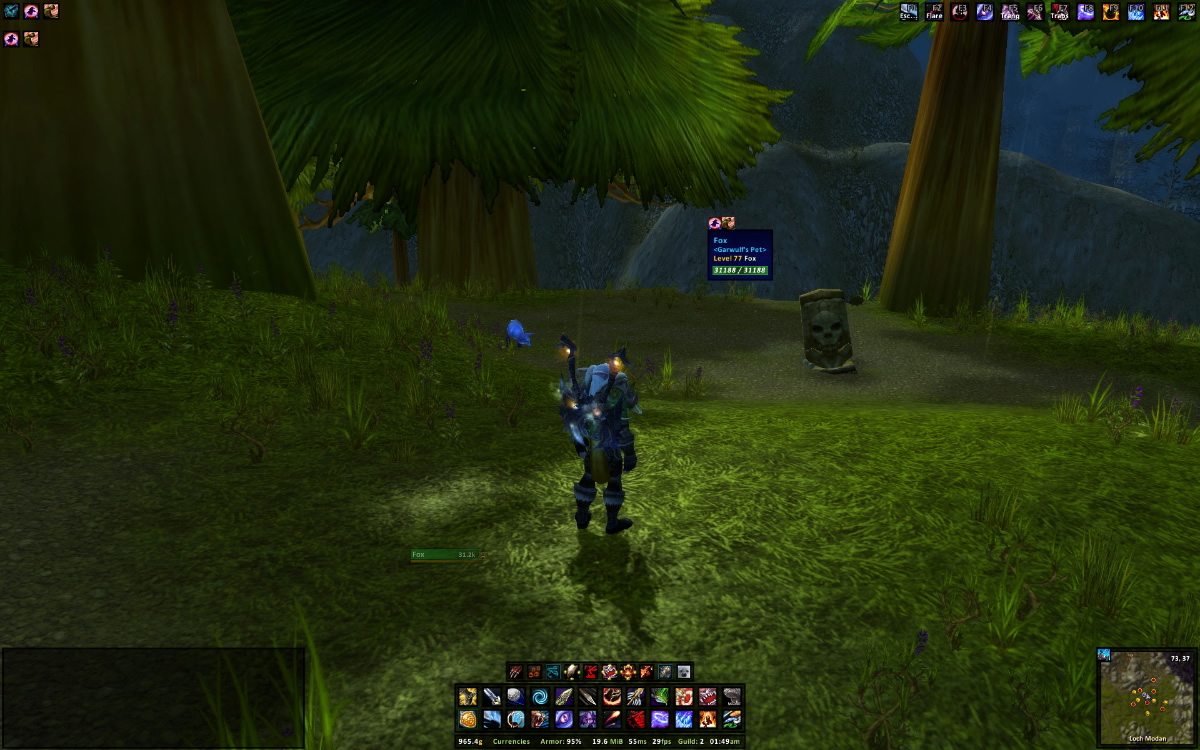 I didn’t bother trapping him, which made this an amusing tame since he’s the first beastie I’ve seen use Shadowstep. Just as I began the tame, I heard a *poof*, Ashtail disappeared for a split-second, then my camera swung around. He did this twice I believe, but it doesn’t break the tame.

I haven’t had a chance to play with him yet, but he’ll probably be my first level 80 pet project. I’ve yet to level any of the additional pets I’ve tamed since our stables were expanded, but I think that will change with Ashtail.

And I’m sure it will get old in time, but I do like his dancey-dance. 😉

Best of luck to those of you still pursuing this new rare fox. 🙂

Now to level him…