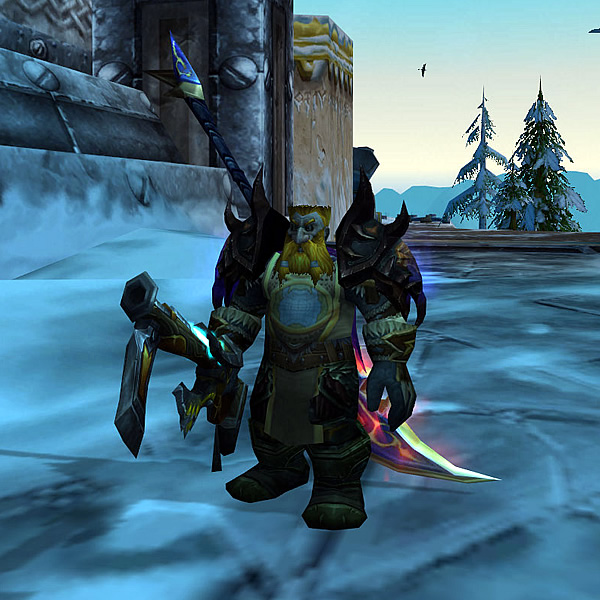 A few days ago I made a vague mention of there being some additional contributor(s) to this site. Well it’s true. I’ve elected to bring a guest poster on board. Whether or not my new accomplice will be a regular feature here on the site remains to be seen, but he is brimming with enthusiasm at the notion of enlightening, sharing and connecting with all of you.

Rather than go into a long introduction about the man, I’ll leave it up to him to tell you his story.

I can tell you this though… He’s a Dwarf, he smells of ale and mutton, Marksmanship is his beloved spec, he’s a master of the DeePS, he was my GM at one time, he’s a cool guy and he knows his stuff. He’s taught me a lot about the game and the Hunter class.

When I first met Drackmire nearly three years ago I didn’t even know what Recount was. I had never raided, seldom instanced and knew nothing of maximizing DPS. I was a BG whore who’s only preoccupation was with either killing horde players or taming rare pets. As you can see, not much has changed…

I keed, I keed. Raiding’s fun too… sometimes. 😉

Anyway, when I eventually started raiding Drack helped me out quite a bit by teaching me about shot rotations, consumables, etc. I wasn’t a student of the game then like I am now. I never researched things on the internet. Hell, I didn’t know what Elitist Jerks was before I met Drack. I was in essence… a noob.

As I said, I’m not sure how often Drack will be sharing his Huntery wisdom, but you can still expect to see my contribution to the site remain the same. I’m not necessarily looking to shrug off some duties onto another, but rather to just enhance the site with a different point of view. He’ll probably have other topics to discuss and ideas to share that maybe I wouldn’t think to address.

Alright Dracky, let’s get that intro up! When you’re ready of course. No rush. 😉